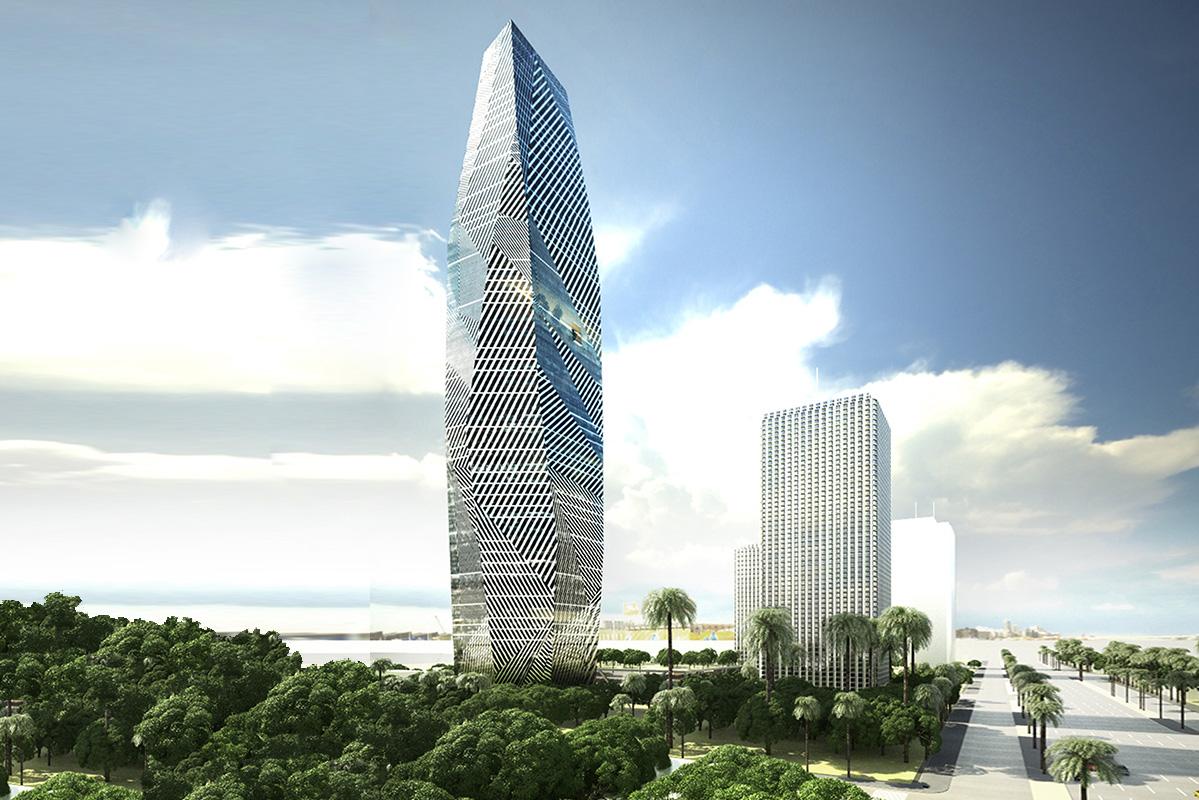 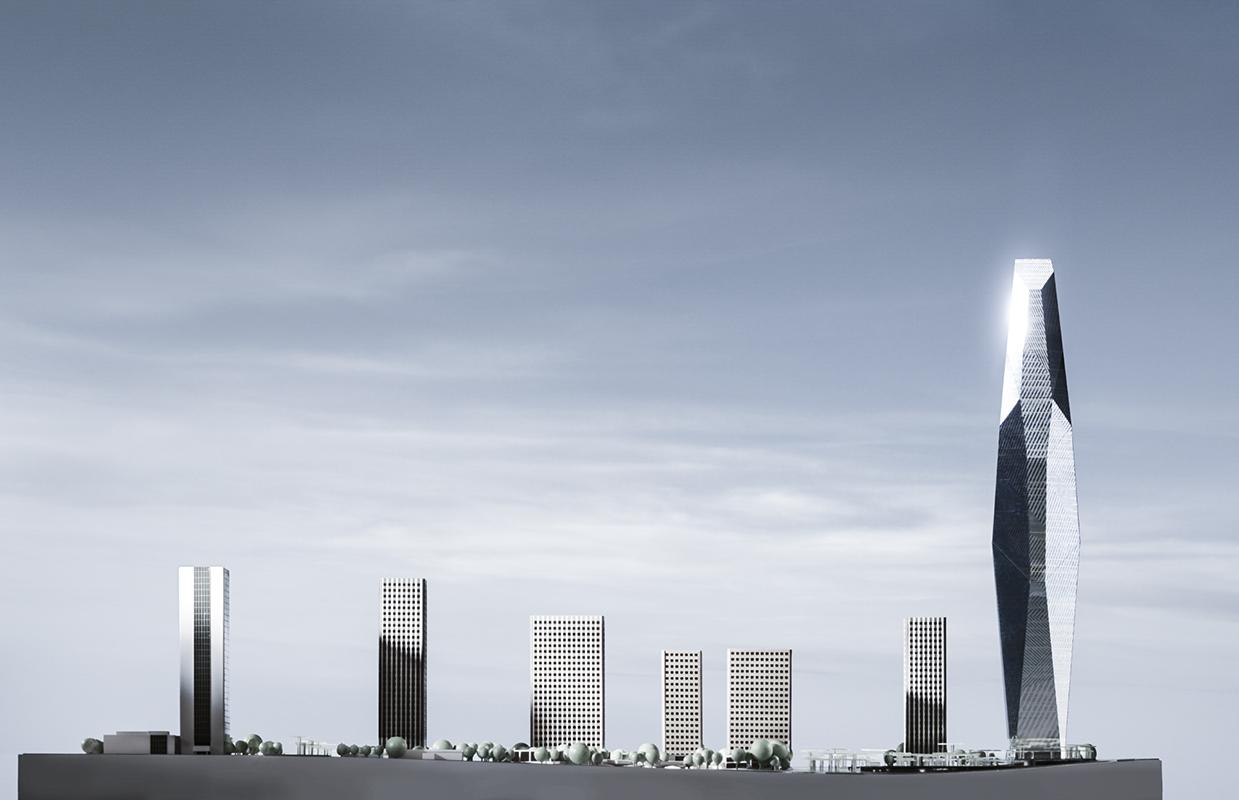 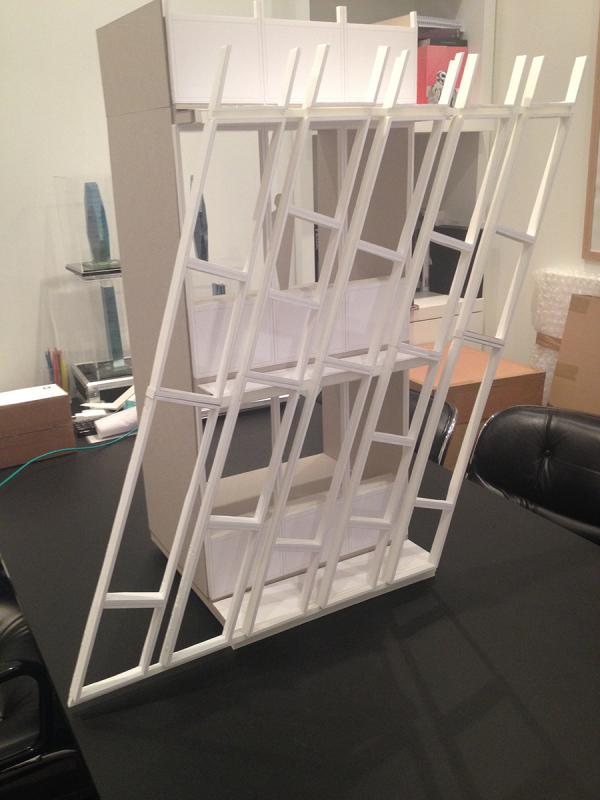 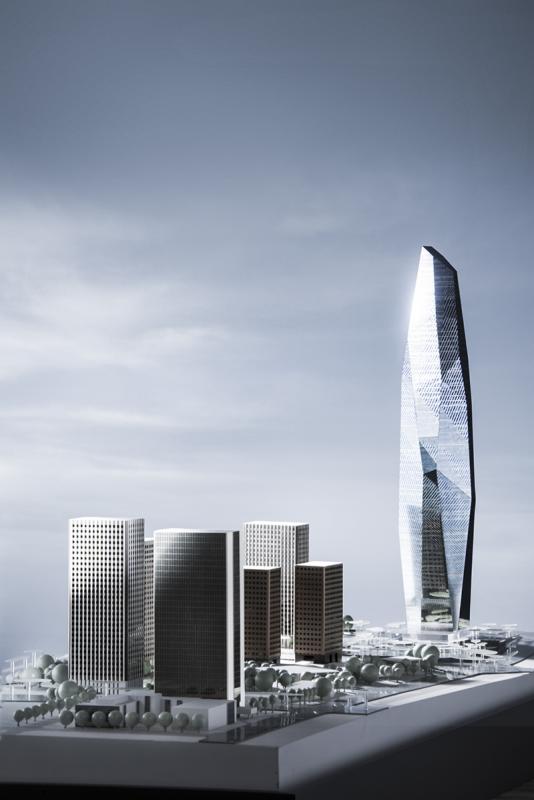 Construction of a new administrative tower in Abidjan

The project consists of a newbuild high rise office tower, 283m high. The proposed tower will be one of the highest in Africa and will be an iconic symbol of success of the Ivory Coast, being it’s first “skyscrapers”. It is in the large administrative district of Abidjan, where there are already many company headquarters, as well as a number of high-rise residential buildings. The existing buildings range in height from 160m to 239m. The new Tower F will be added to the Towers A and B which were built at the end of the 70’s, and the Towers C, D and E which were built in the1980’s.
The architectural aim was to make an African Tower. It is a tall, elegant, slender form, whose surface is facetted in a sculptural way by trapezoidal inclined glass planes. The tower’s top is truncated by an oblique plane. The final form is symmetrical on the towers east-west axis. On the ground, the tower sits on a simple rectangular base. When viewed from a certain angle, the faceted facade allows the building to be read as a stylised african mask.
The textured surfaces of the glazed facade have a materiality and depth which resembles traditional African fabrics. This is achieved by the use of a double skin façade whose outer layer is composed of inclined bands of semi reflective glass in a variety of differents shades of blue. The composition of the blue glass allows one to have a non-uniform rich reading to the facade with different patterns and shades appearing in different sunlights. This texture masks the perception of the horizontal floor slabs while giving the whole composition a depth and richness. This is a long way from traditional modern towers that use an orthogonal grid, little depth and horizontal floor levels to give a sense of scale. The outer skin of blue glass provides solar shading to the tower. A truly African tower replying to the continents culture and climate.

The facade is a double glazed façade with an inner skin of unitized double glazed modules ground supported spanning floor to floor. These panels are inclined forwards or backwards to remain parallel with the outer façade. Opaque panels cover the external face of the concrete floor slab. The outer layer of the double skin façade is suspended from on a cantilevering precast concrete maintenance walkway which is around the perimeter of each floor. The walkway is situated lower than the finished floor level in order to allow for views from the interior down to the surrounding city and lagoon. The external façade consists of prefabricated parallelogram panels which are inclined in elevation. Between each band there is a 350mm wide space to allow access for cleaning of the outer face from the maintenance walkway. A passageway between the two skins allows for the circulation of a maintenance platform.
At the top of the tower, The Crown is composed of a lightweight steel structure behind which are situated services. This large volume is an external volume which is covered by a façade which is in the continuity of the exterior facade below. A large boardroom is situated below this roof volume. It is 12m high and opens in three of its sides onto the surrounding lagoon. The standard inner façade is modified to allow for large volumes of glass and the maintenance walkways are lightweight steel walkways.