Matt KING is associate director of T/E/S/S atelier d’ingénierie, which he co-founded in 2007 with Tom GRAY and Bernard VAUDEVILLE.

He qualified as an engineer from Leeds University, and is registered as a Chartered Engineer in the UK, where he is also a member of the Institute of Structural Engineers.

Matt KING was involved in many projects working for OVE ARUP’s New York office, including the Kingdom Trade Center, a 300m-high tower in Riyadh (Saudi Arabia). Joining RFR in 2002, he headed the structural studies for Strasbourg station’s new glazed envelope.

Since co-founding T/E/S/S, Matt KING has, among other projects, managed the design of the steel structure for the Tour Phare at La Défense. He is currently responsible for the technical studies for the project to enlarge Créteil Cathedral and for the Parc des Ateliers in Arles. Involved right from the initial sketches in the technical design of Frank GEHRY’s forthcoming Fondation Louis Vuitton in Paris, he is managing the design team working on the huge glazed sails that envelope the building. 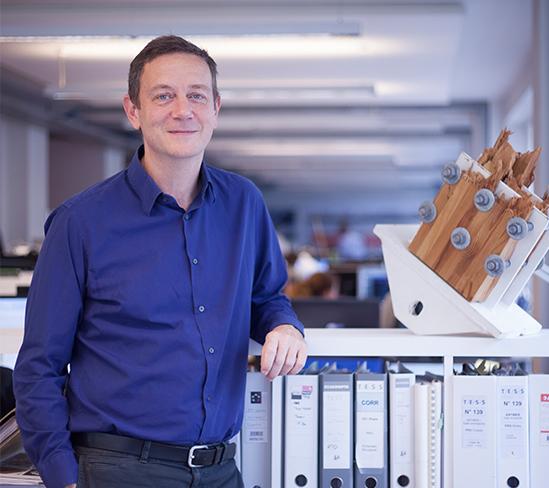