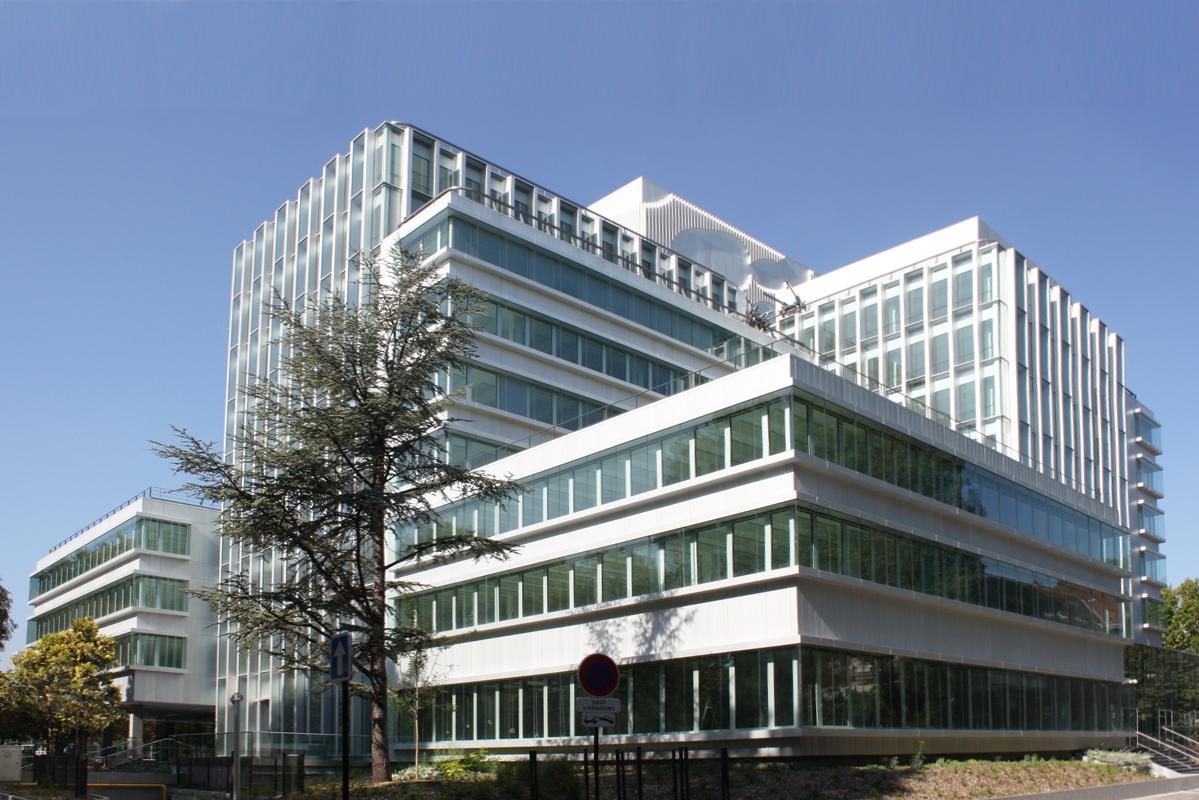 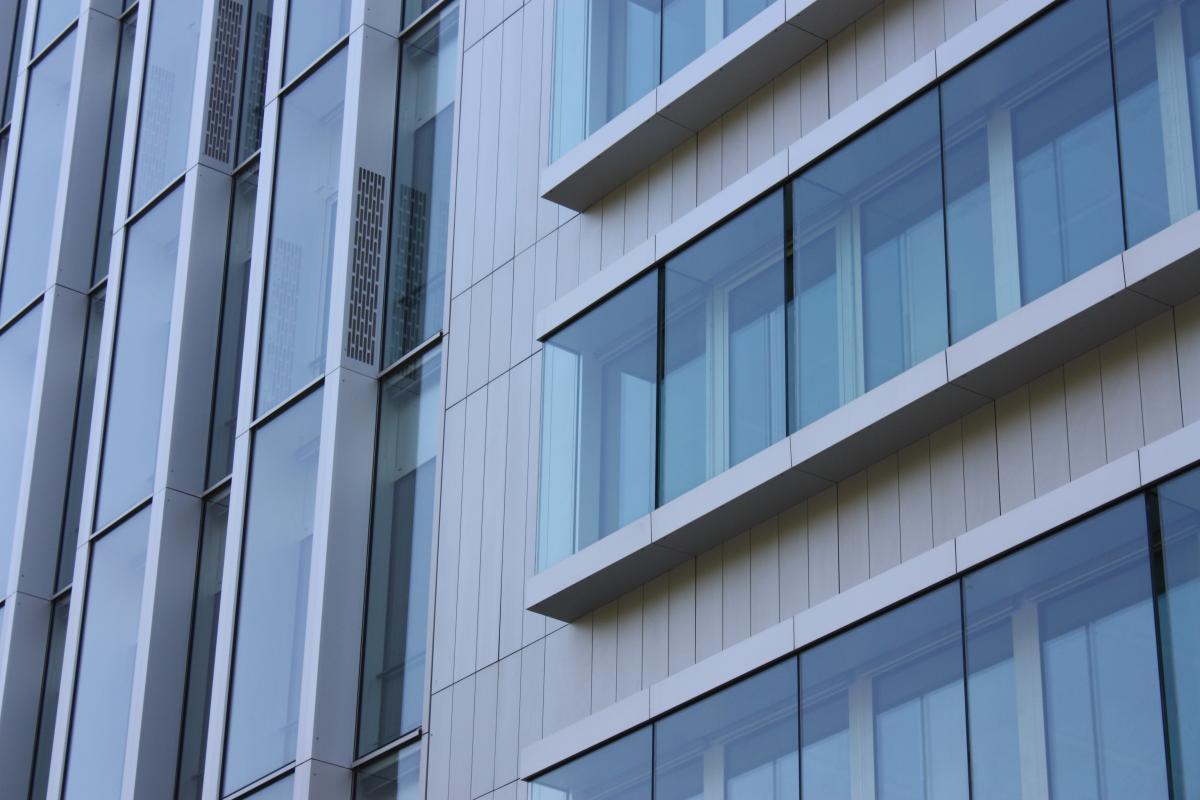 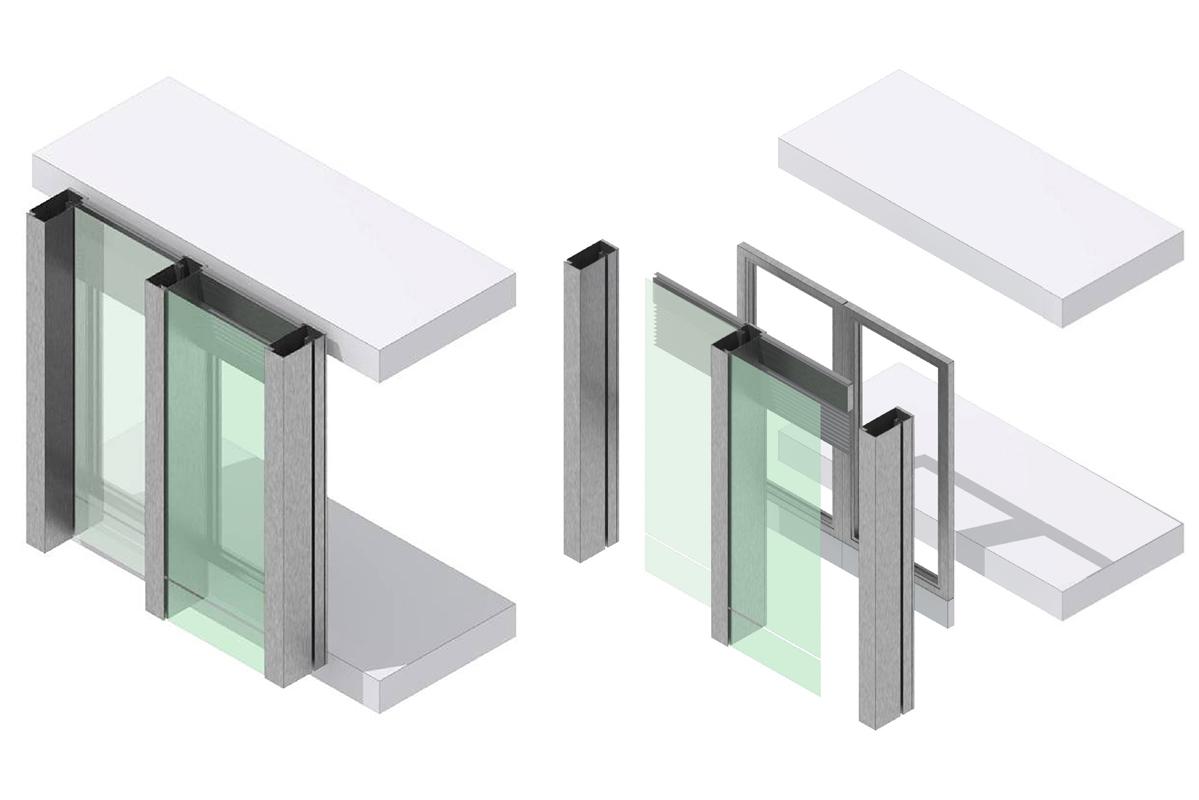 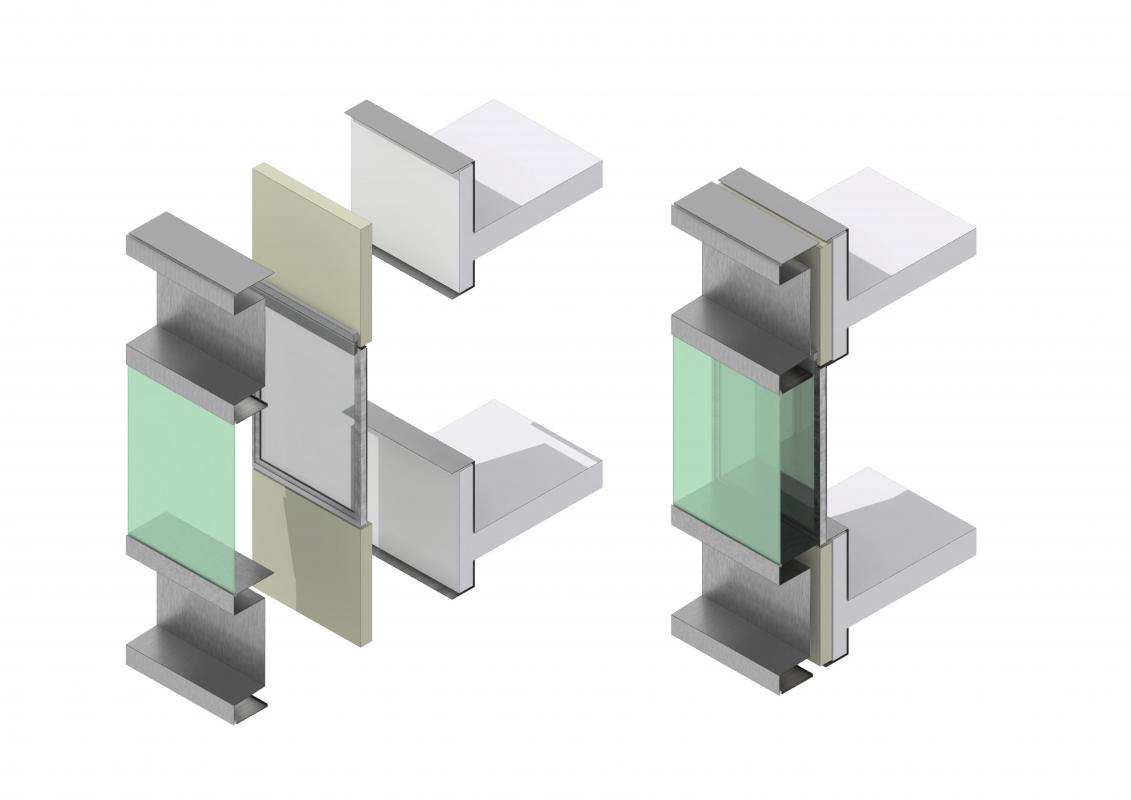 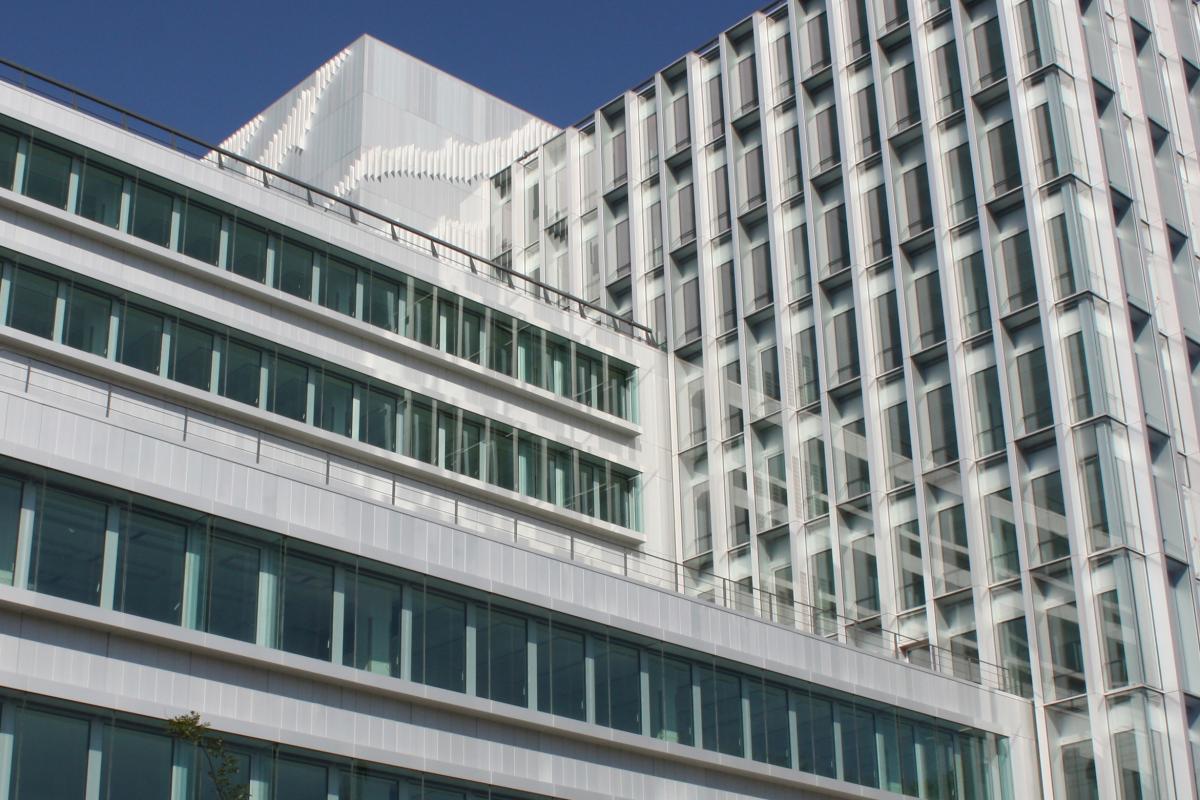 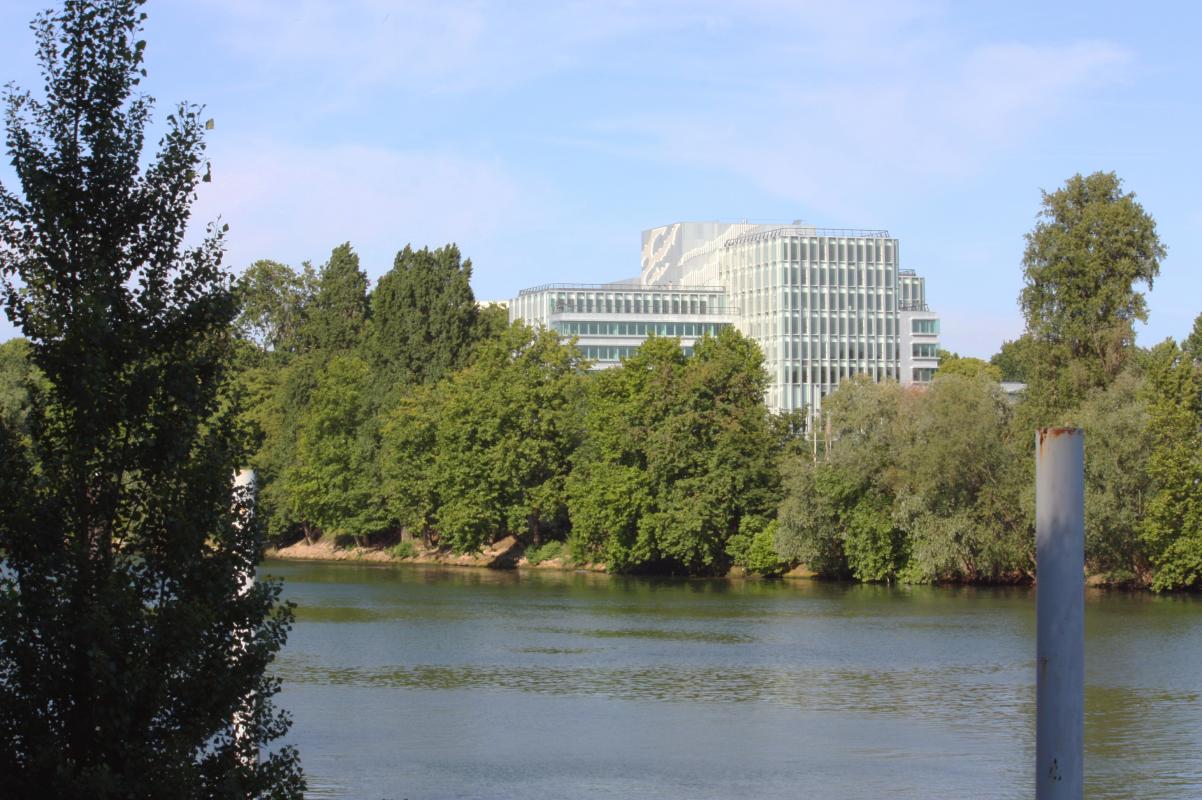 The building on the Ile de la Jatte. 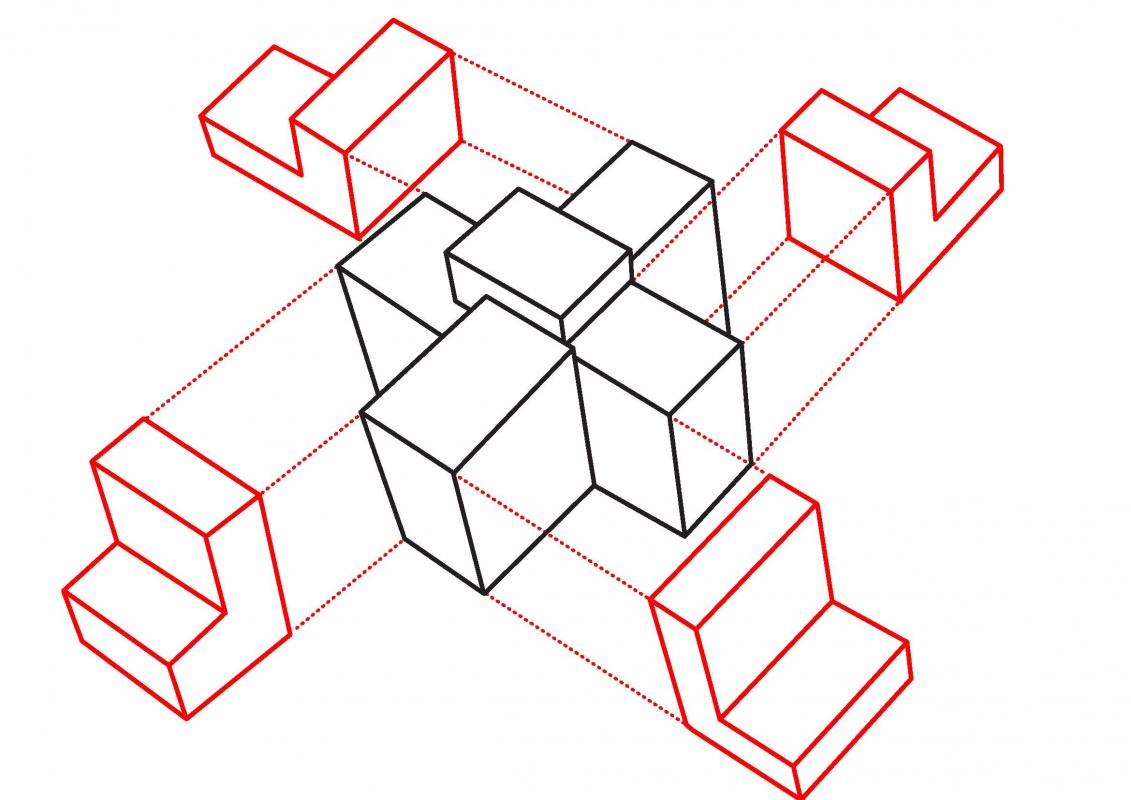 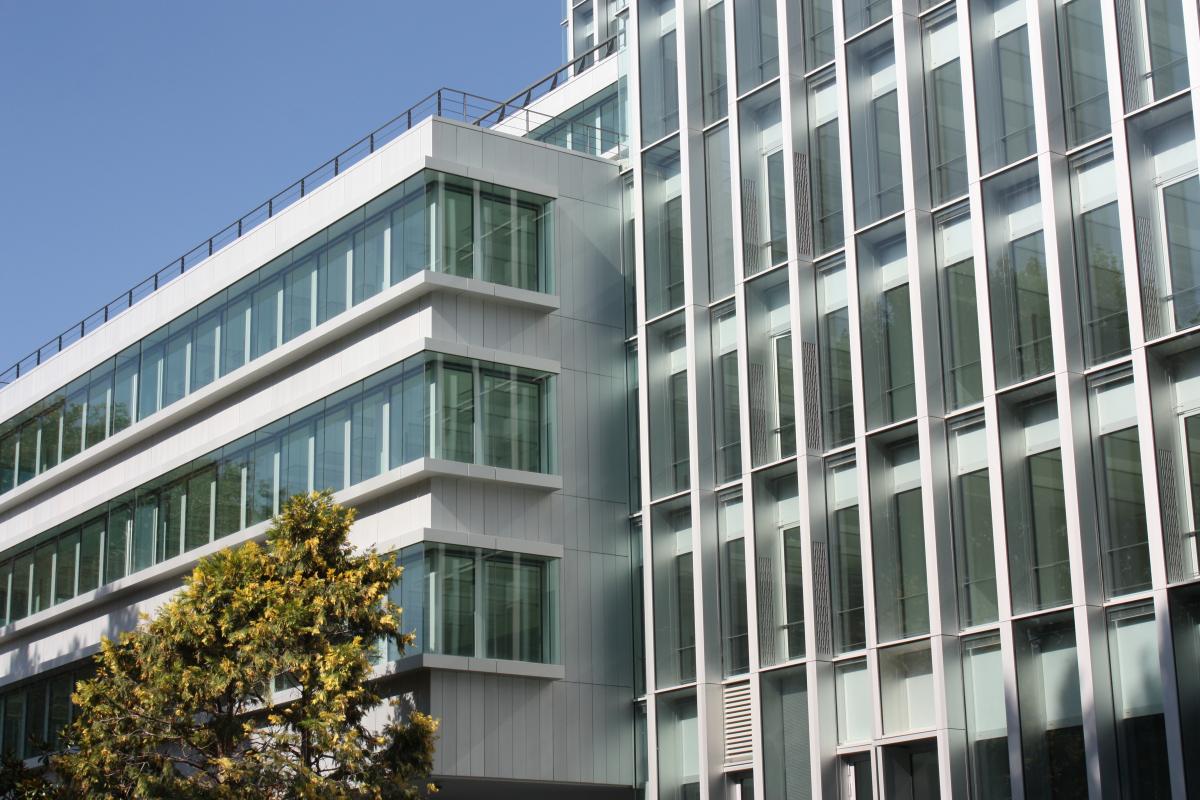 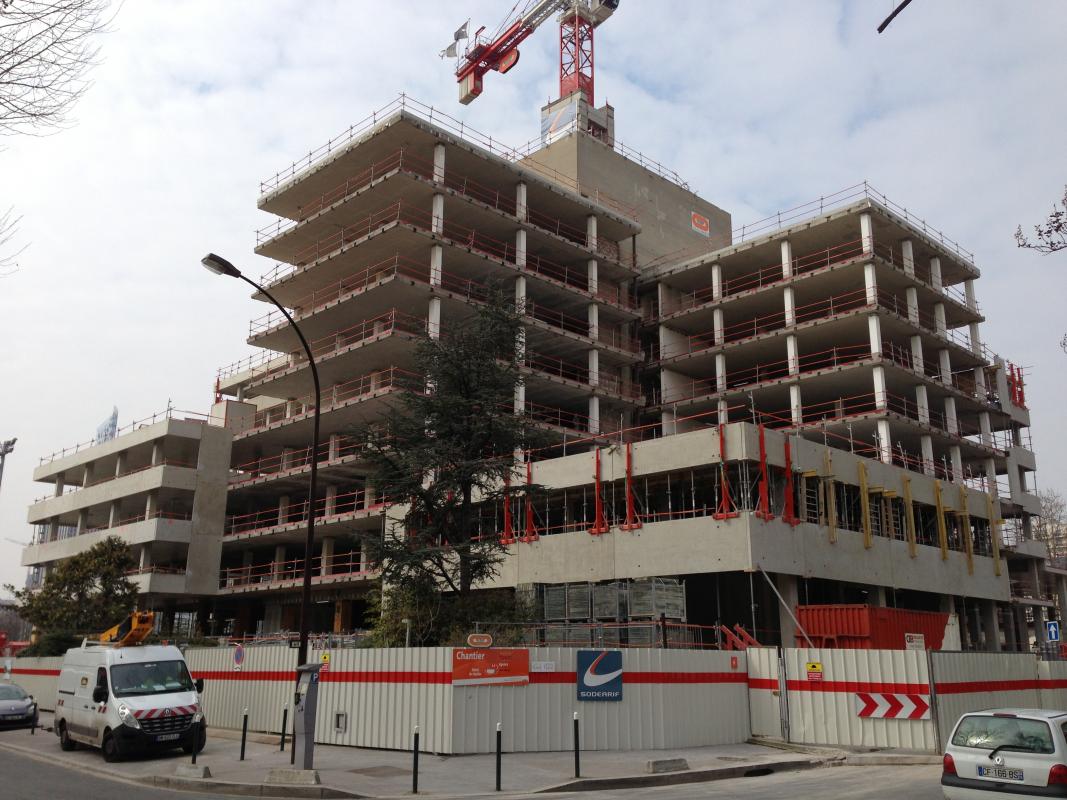 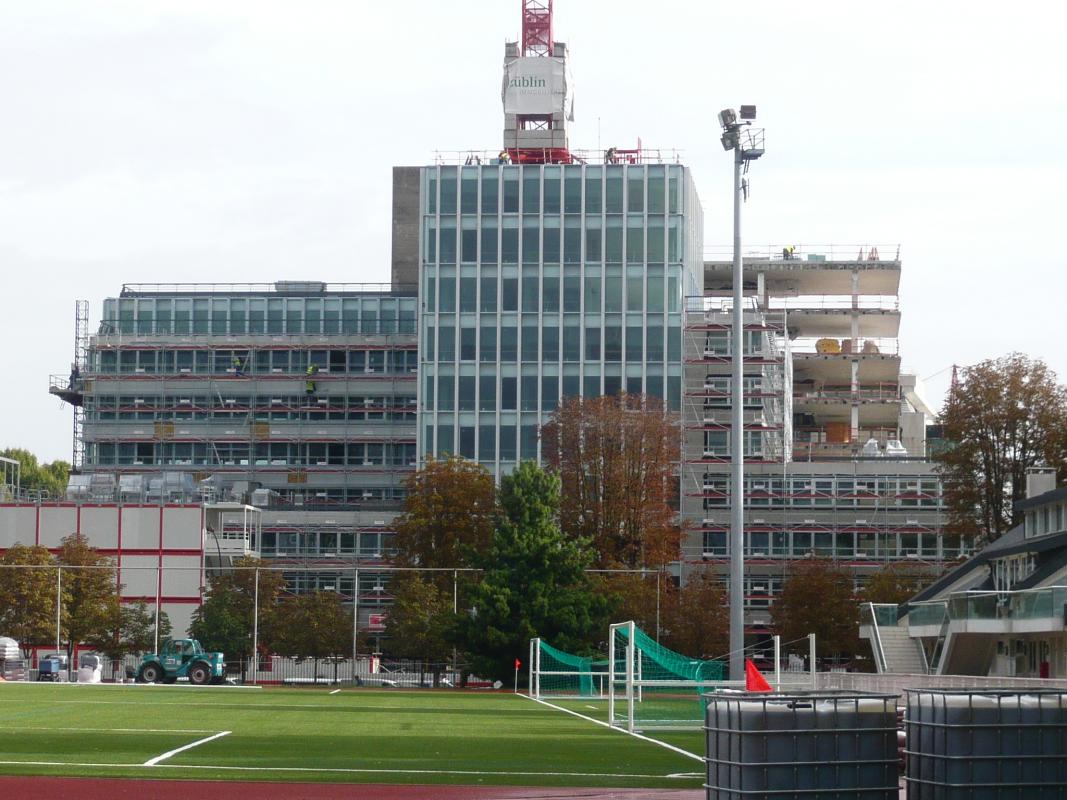 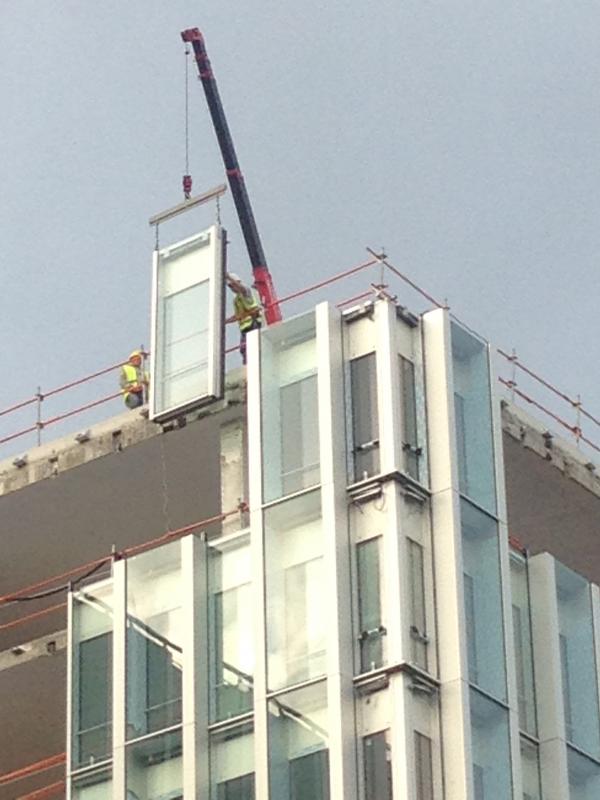 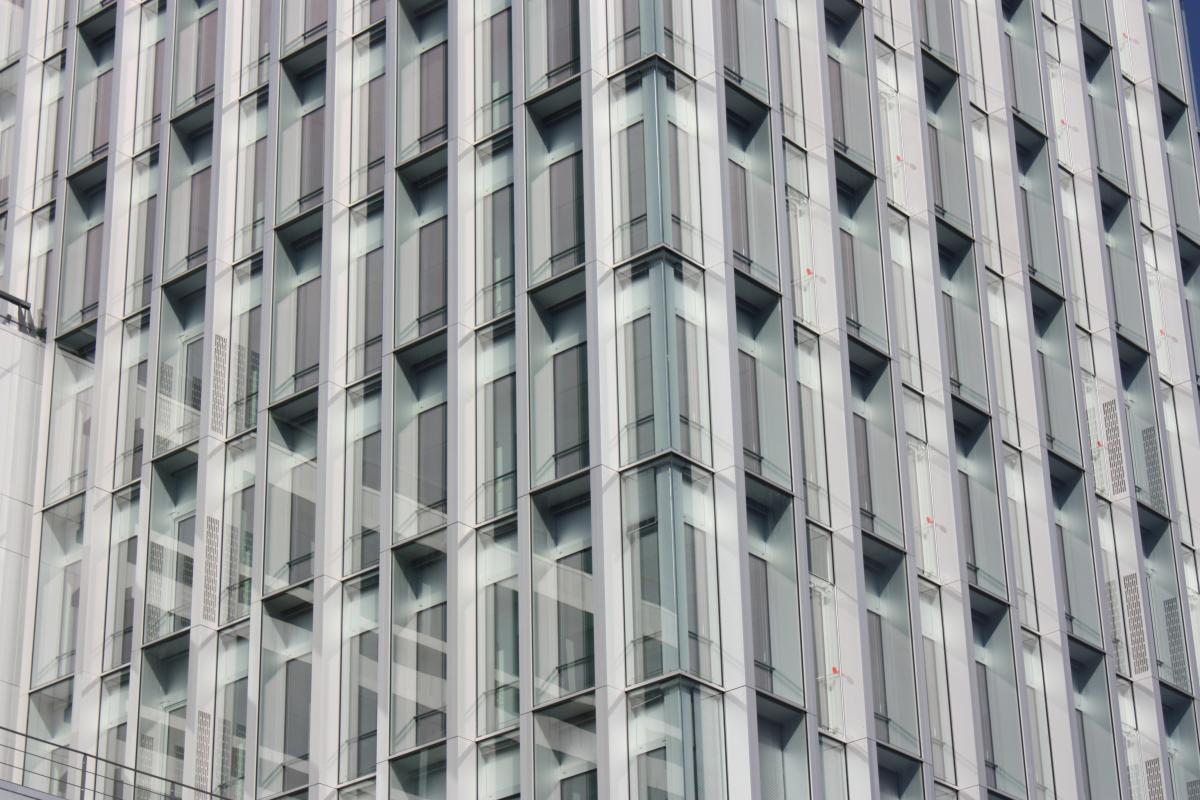 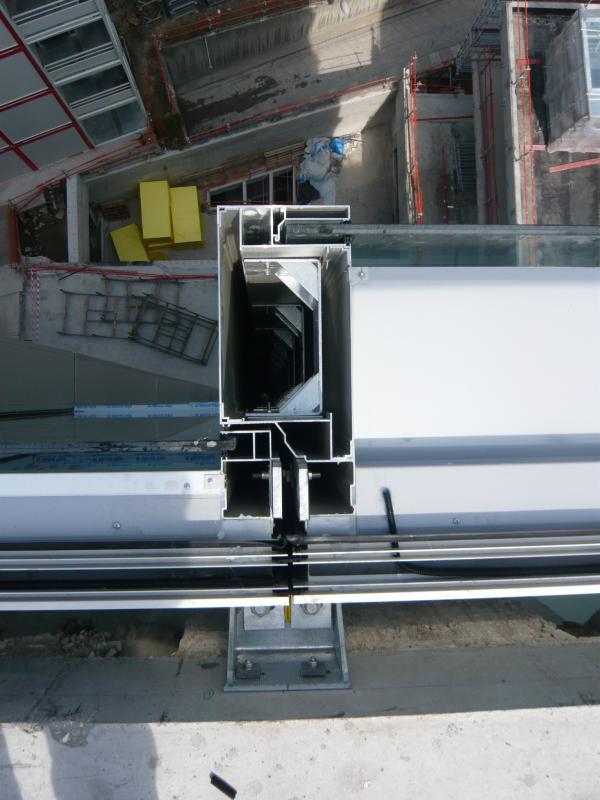 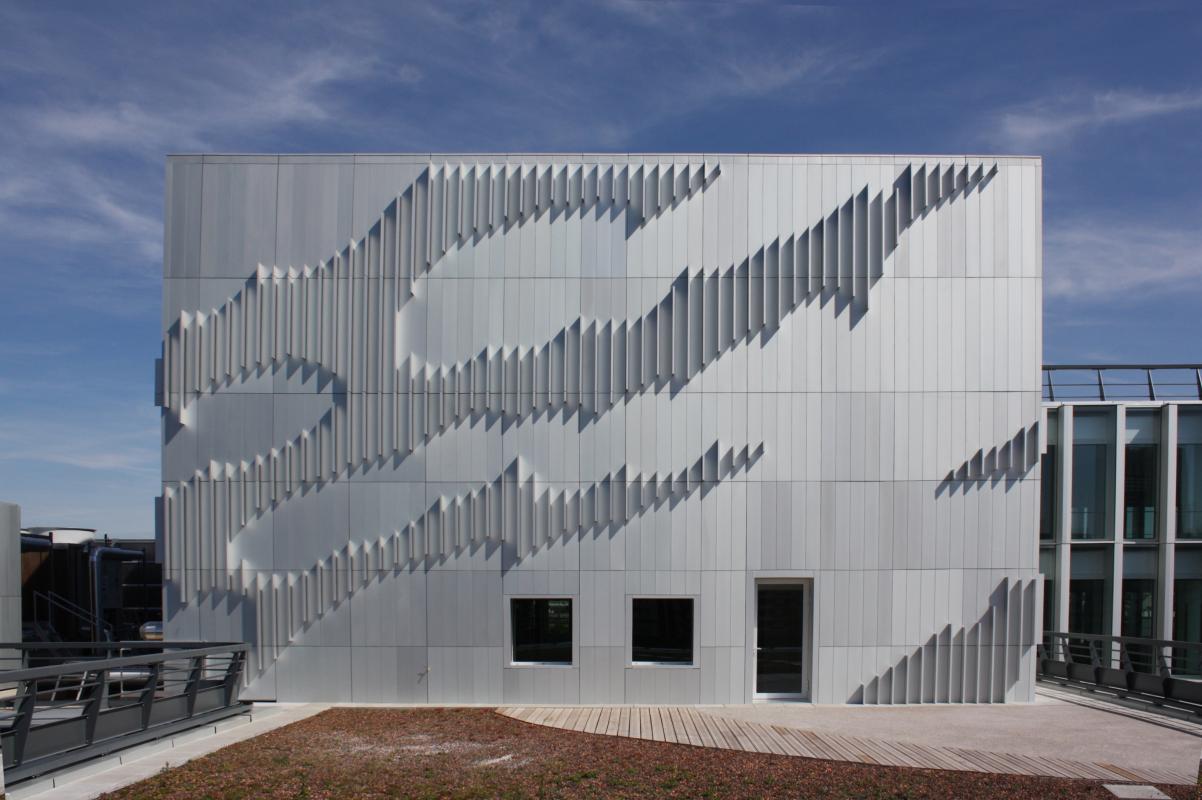 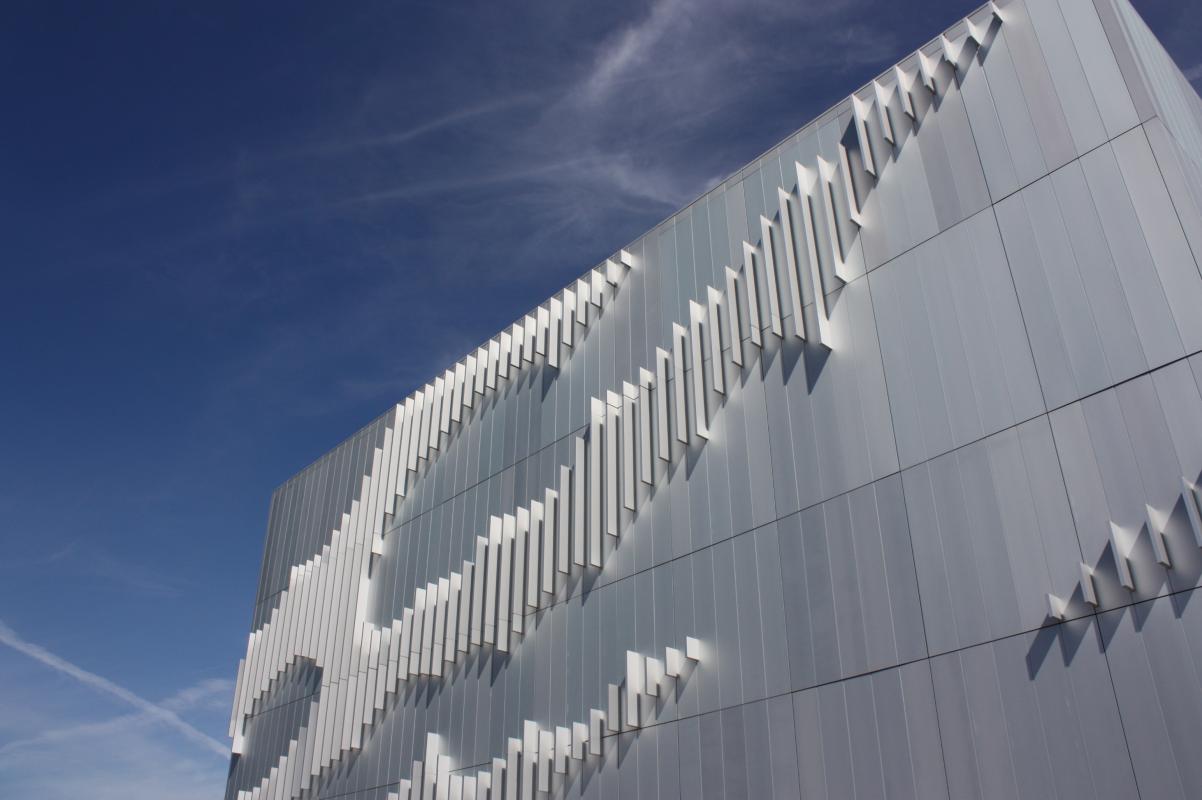 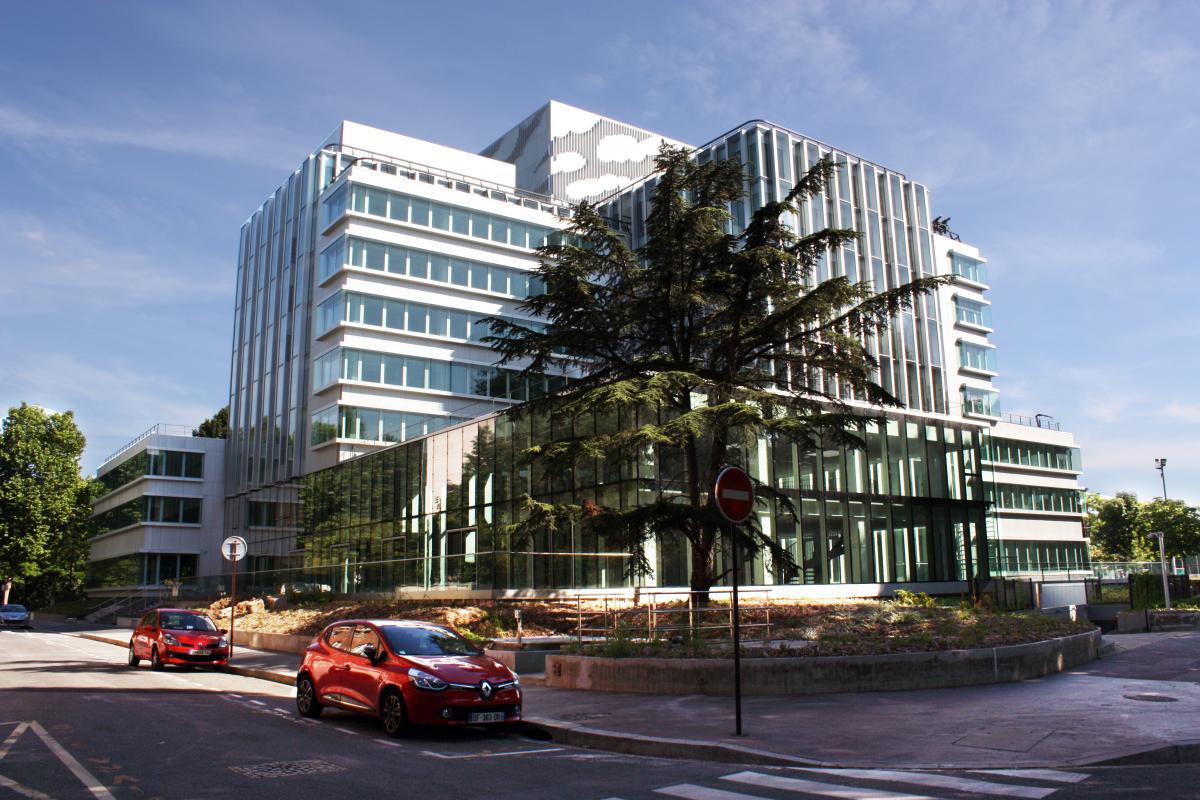 Redevelopment and expansion of an office building

Situated at the northernmost tip of the Ile de la Jatte, close by the business district of La Défense on the outskirts of Paris, the Jatte 1 building has been the subject of a vast redevelopment programme. The aim was to increase the provision of office space and tertiary space (restaurants, Business Centre, etc), to improve the quality of the spaces offered and to reduce the building’s energy consumption. This building was originally constructed in the 1970s by Swiss architect Roland ROHN as a headquarters for Roche laboratories.

KCAP’s proposition was to add four identical volumes onto the four wings of the building’s original cruciform plan. The facades, entirely replaced, are differentiated according to their location: a dominant vertical for volumes of the original building, horizontal stripes for the new extensions. This play of facades articulates the building and lightens its overall impact.

The new facades are double-skin, ventilated, and have integrated motorised blinds. The impressive thermal efficiency of such a configuration has allowed the facade to be largely glazed with extra-white glass. To make the most of the pleasant environment of the Ile de la Jatte, the frames of the inner layer of the facade can be opened, the outer layer of glazing acting as a windbreak.

The vertical facades have full-height floor to floor glazing, with variations in the depth of the air gap. The protrusions and recesses thus created on the exterior facade are enclosed by vertical mullions in anodised aluminium. These facades have been prefabricated in blocks that include two layers of glass, the interior opening panel and the motorised blinds. The horizontal facades are organised into lines of double-skin glazing, fixed on an upstand clad in extruded anodised aluminium.

At the centre of the cruciform plan, a massive concrete volume (for elevators shaft) is also finished using the same facade panels, completed with fins in extruded anodised aluminium, arranged according to a design specially conceived for the building by Japanese artist Nobu Nakanishi.
The facades were subject to advanced thermal and air-flow testing, taking into consideration their geometric particulars. The facades were therefore able to obtain the following environmental certifications: "HQE" performant, "BBC" and "BREEAM excellent".