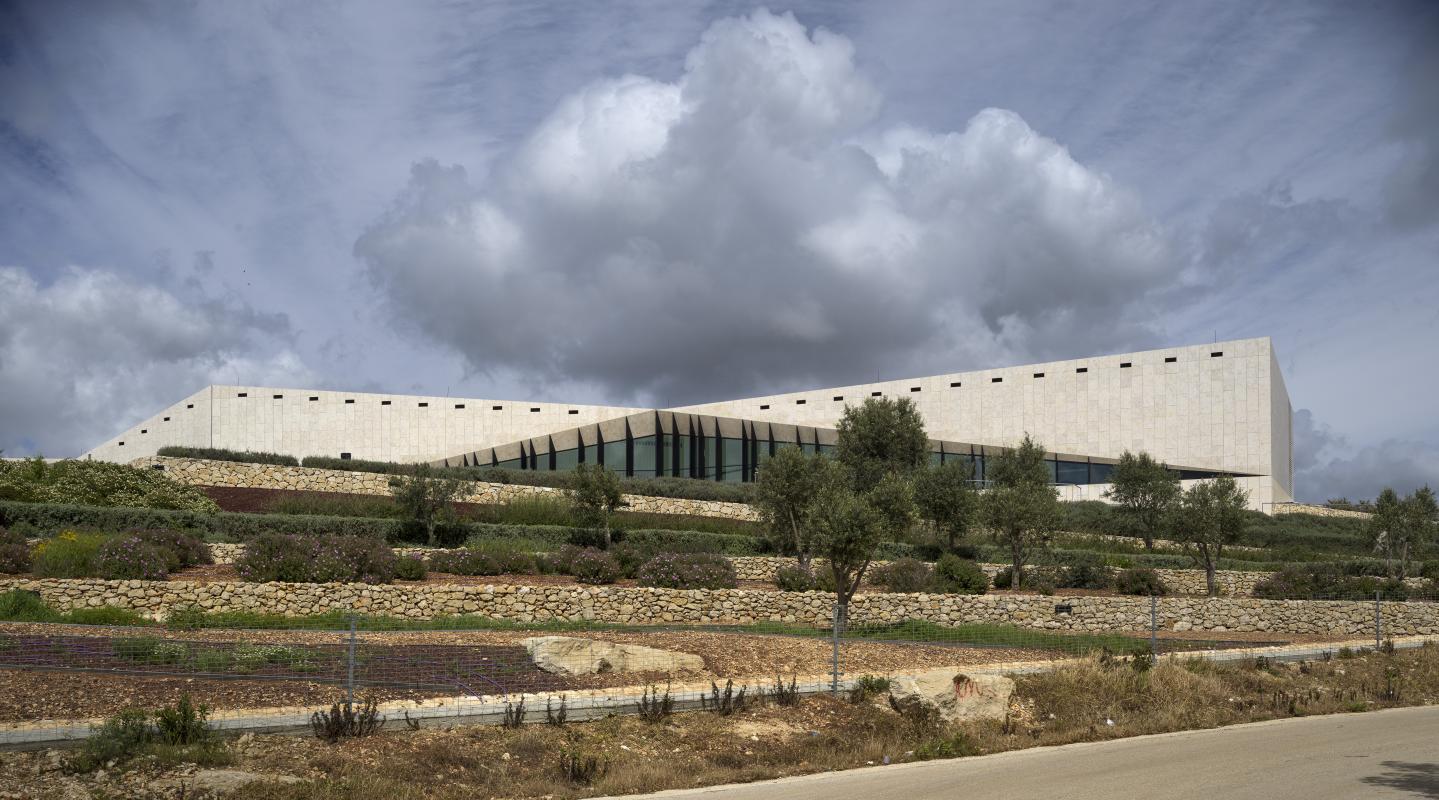 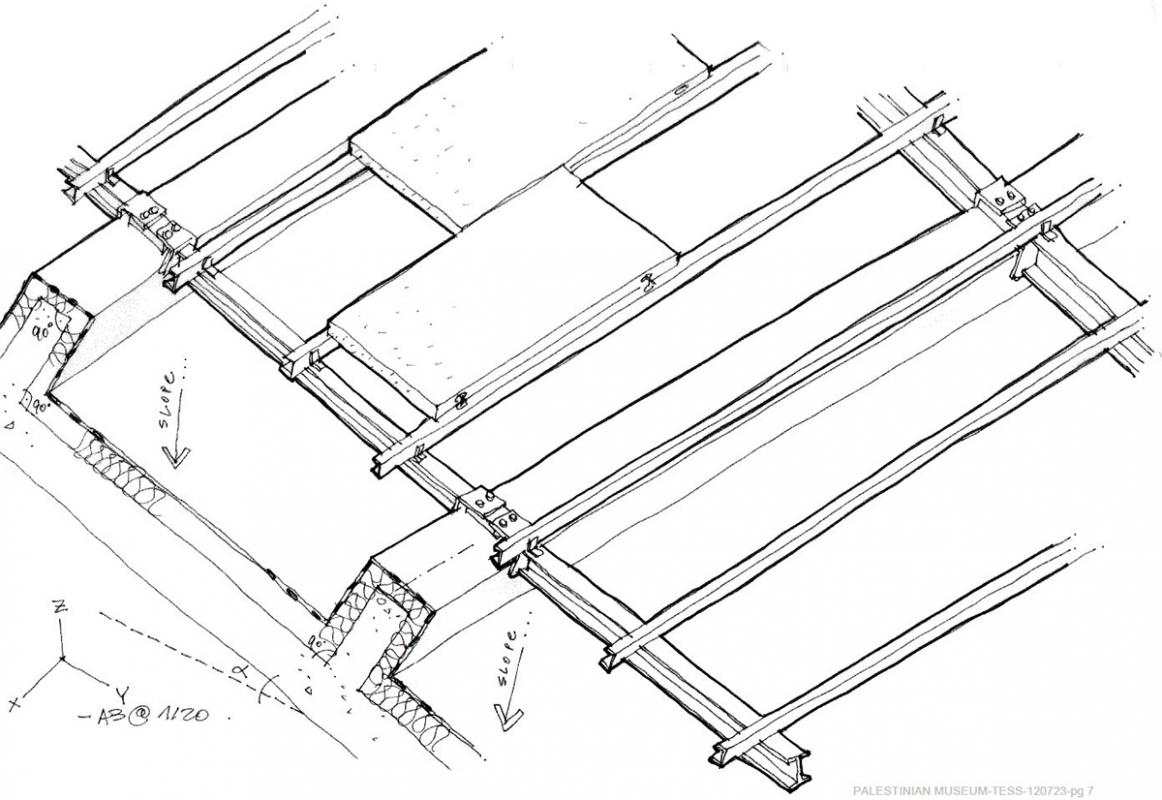 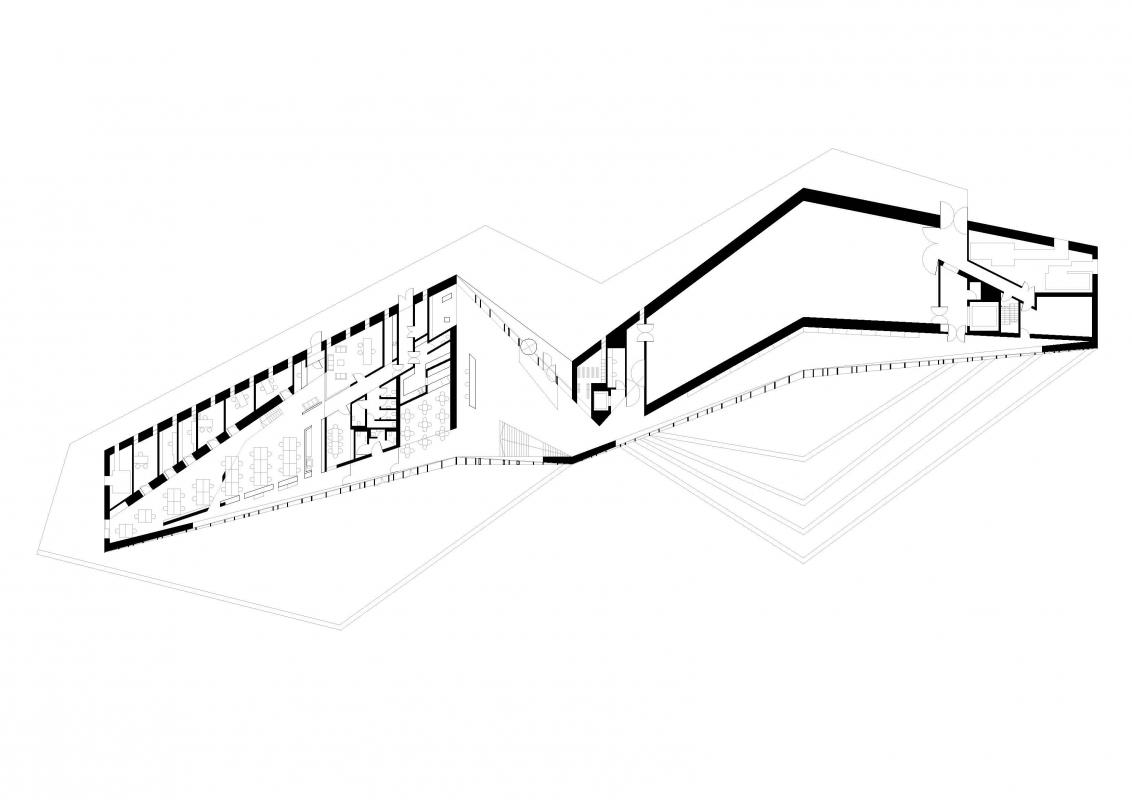 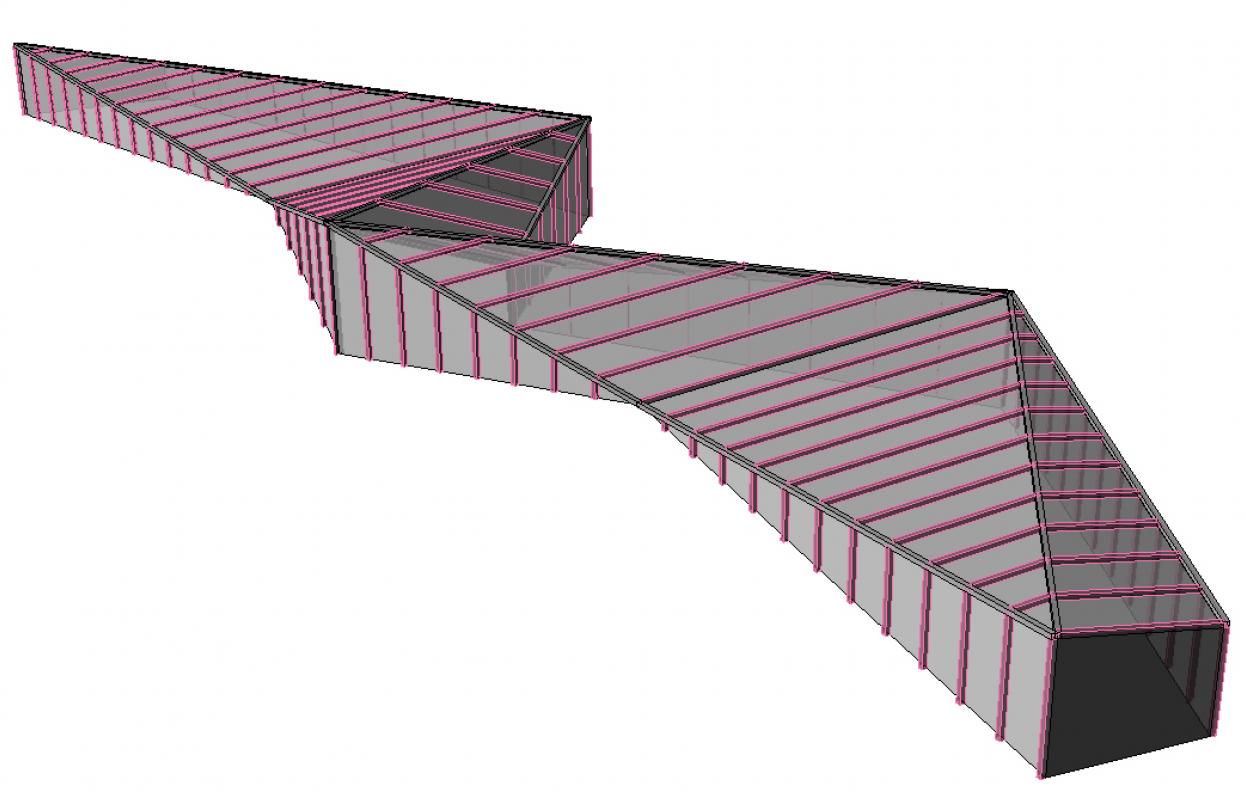 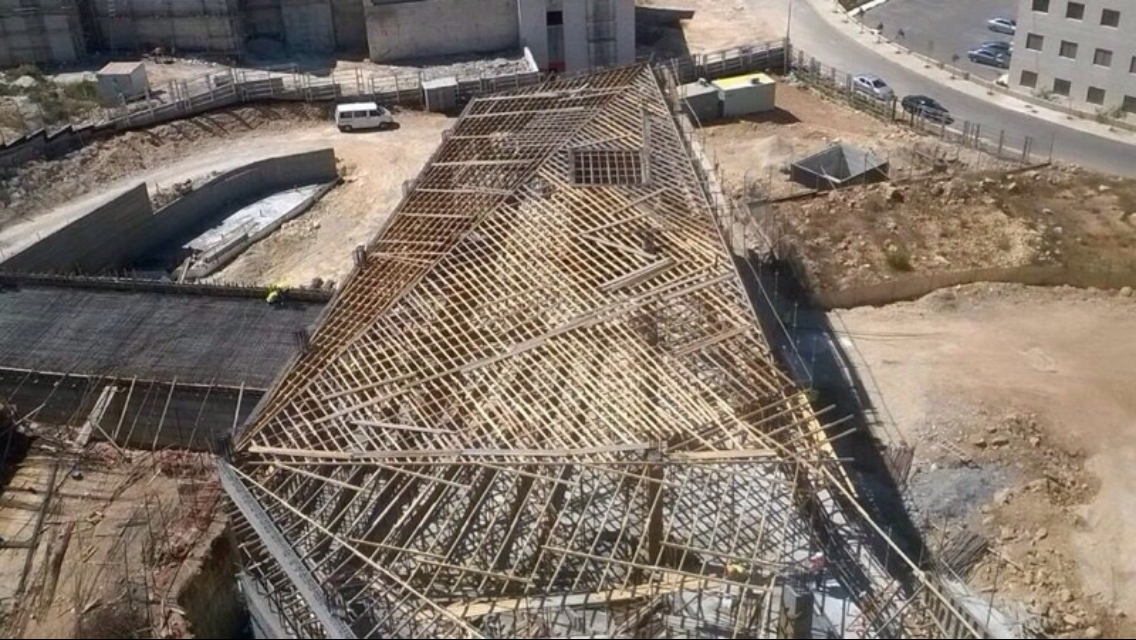 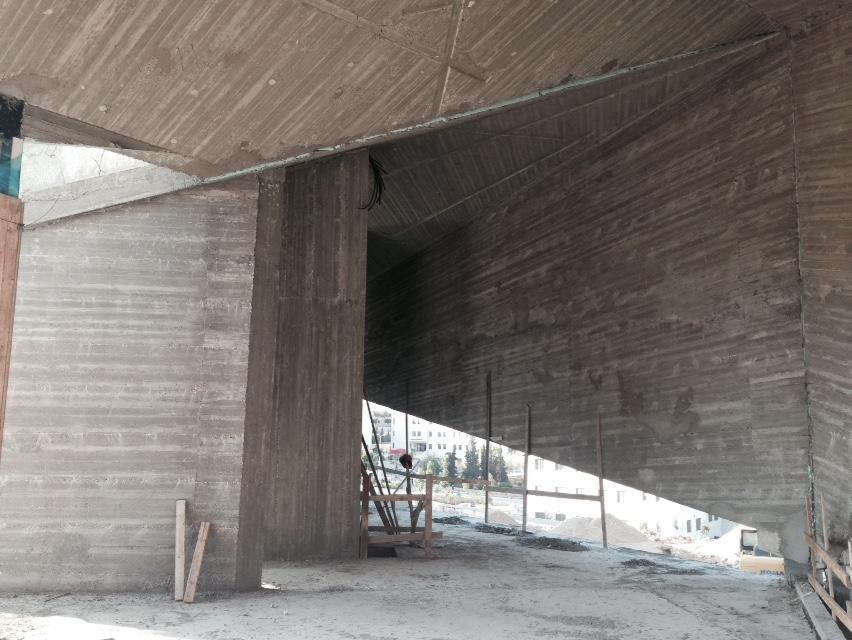 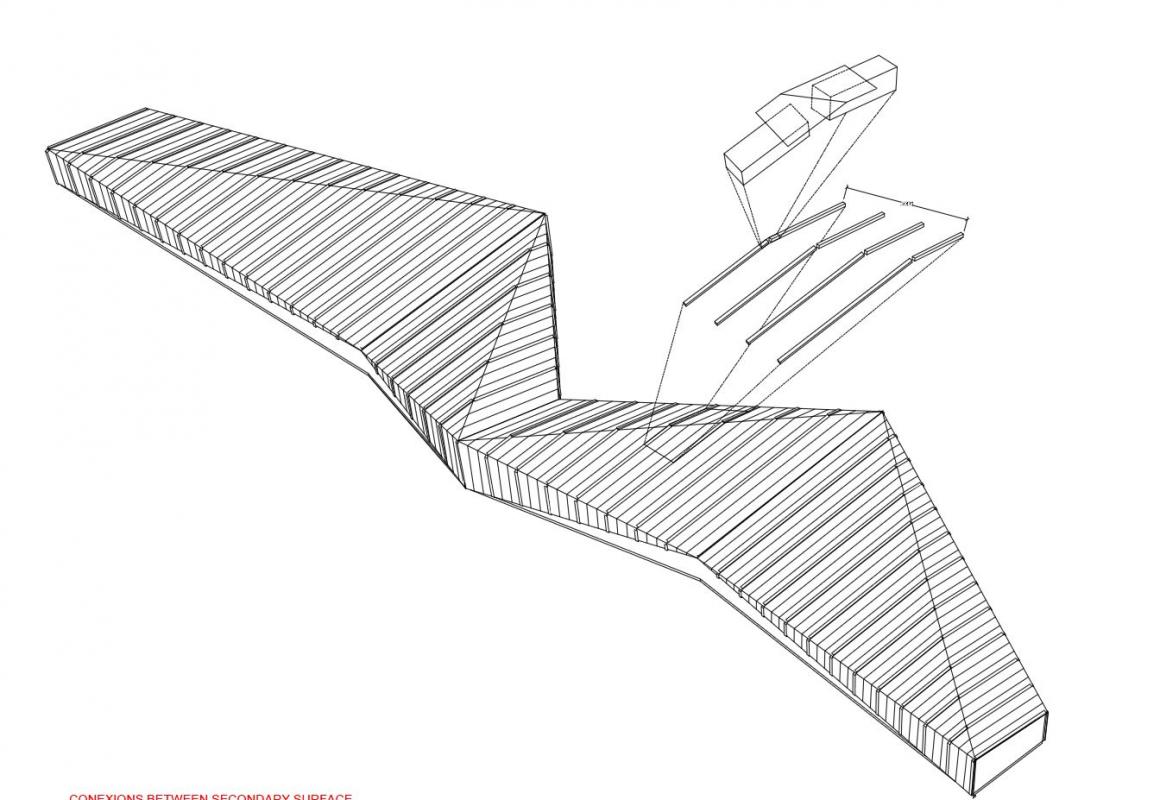 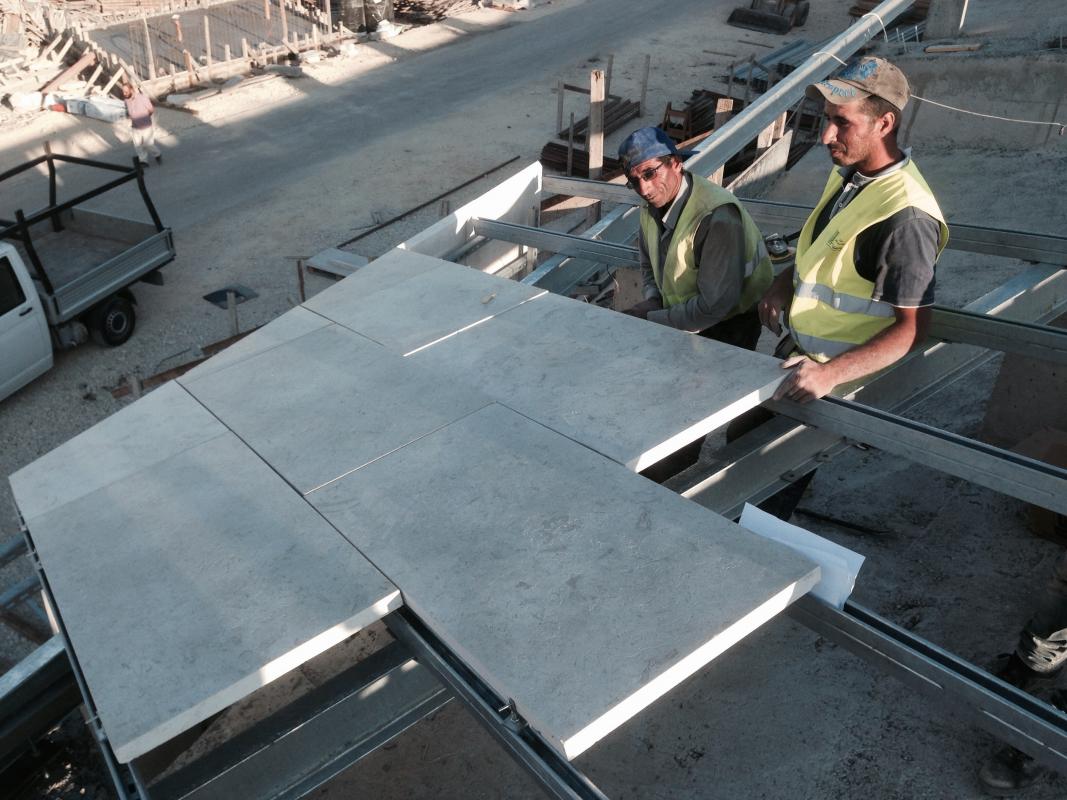 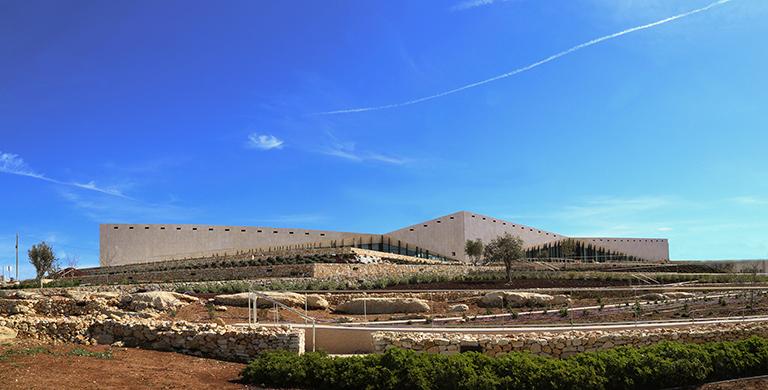 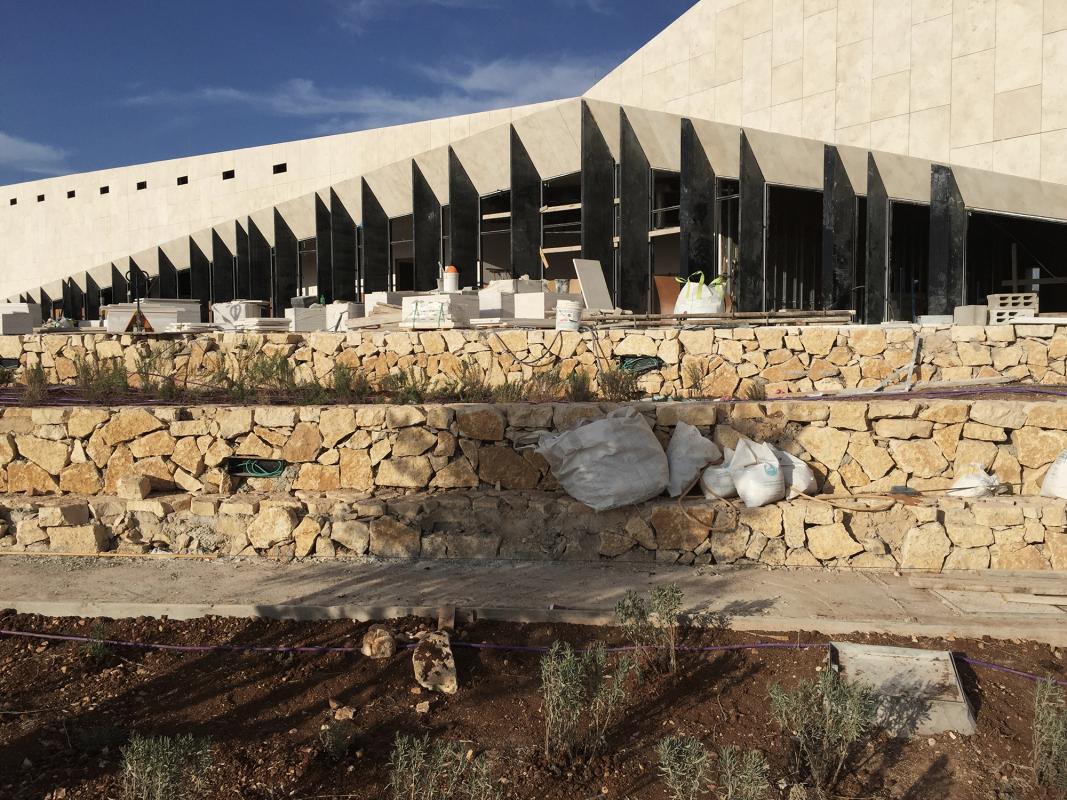 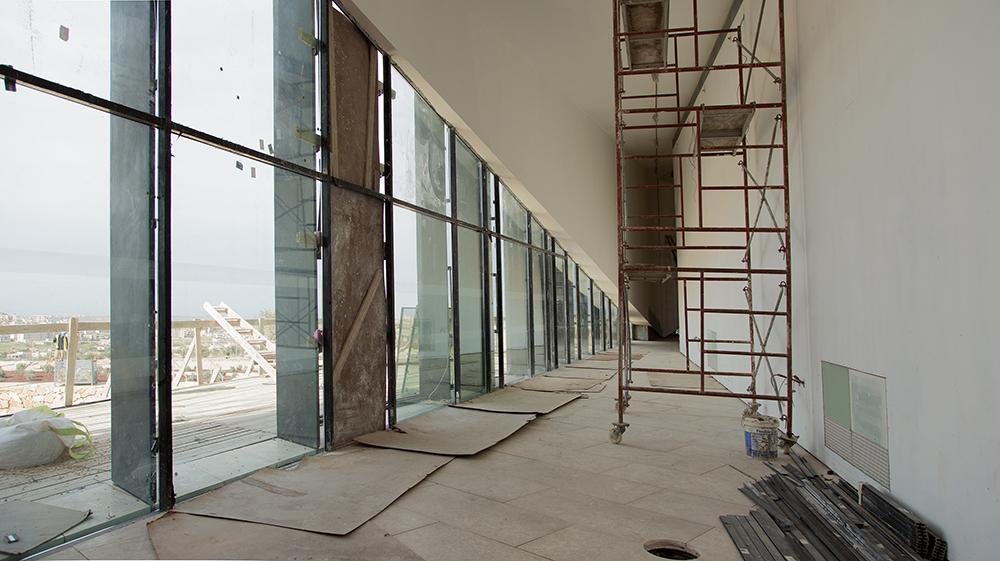 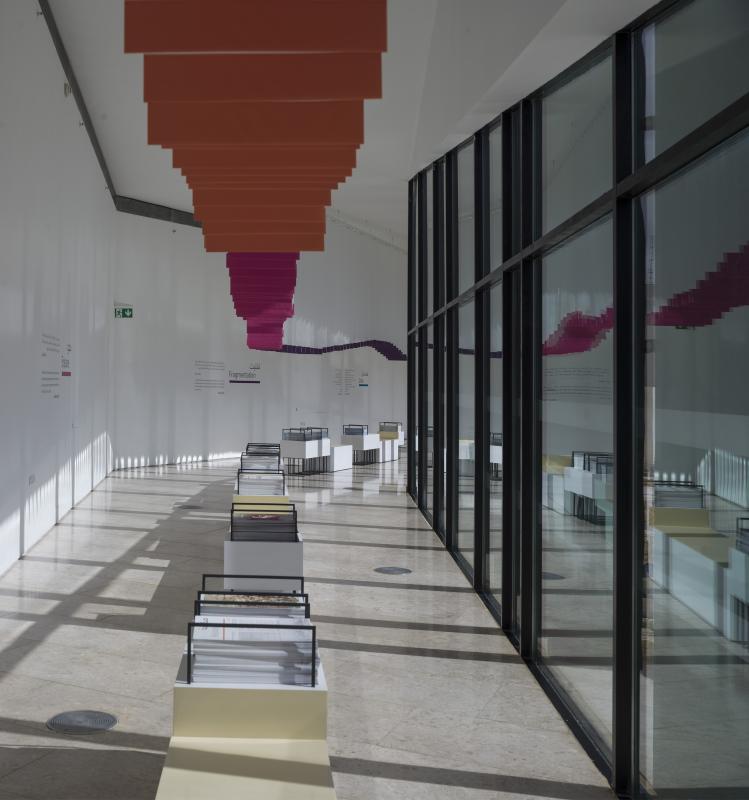 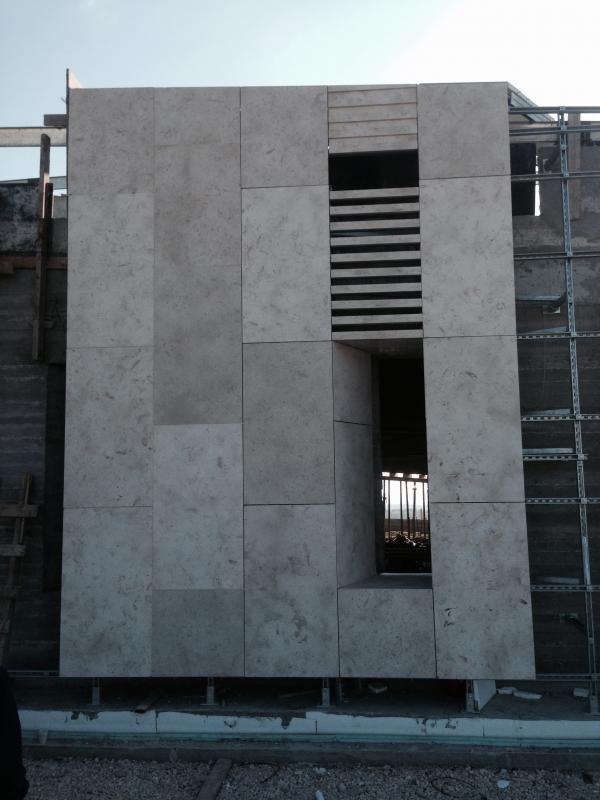 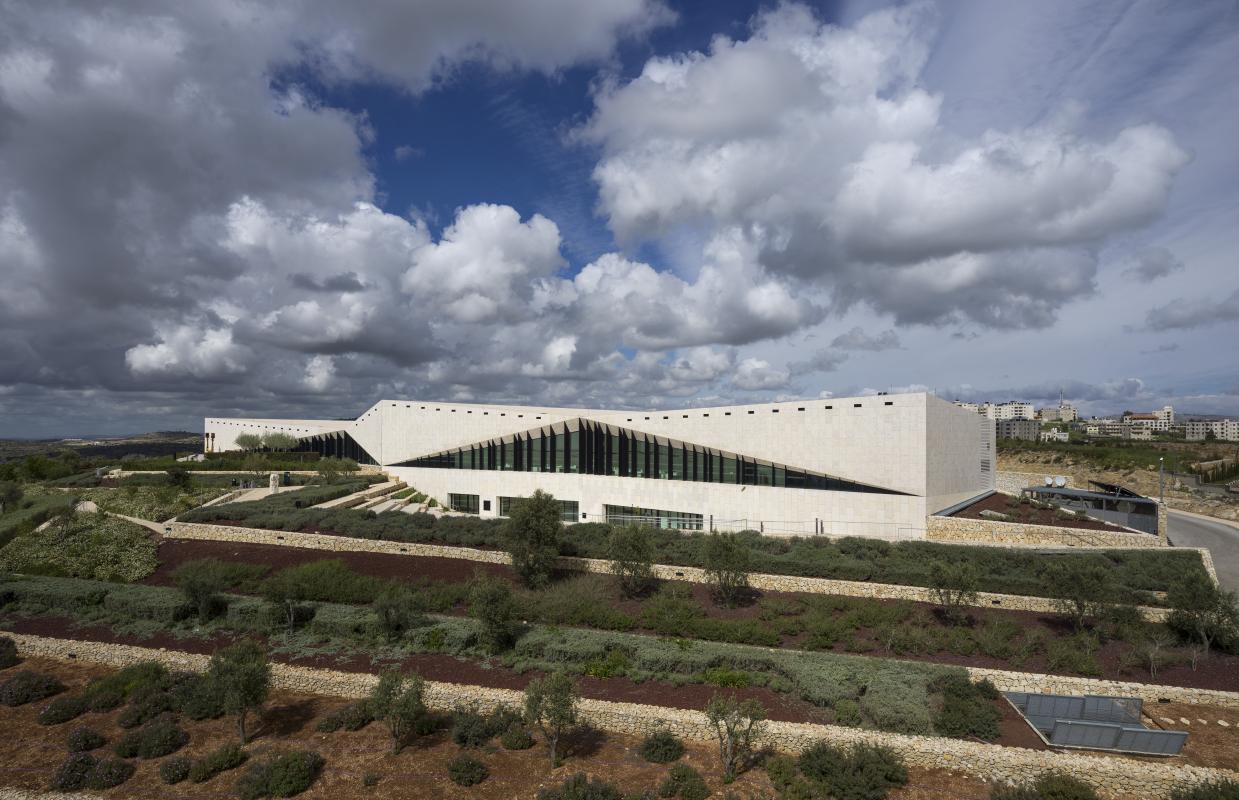 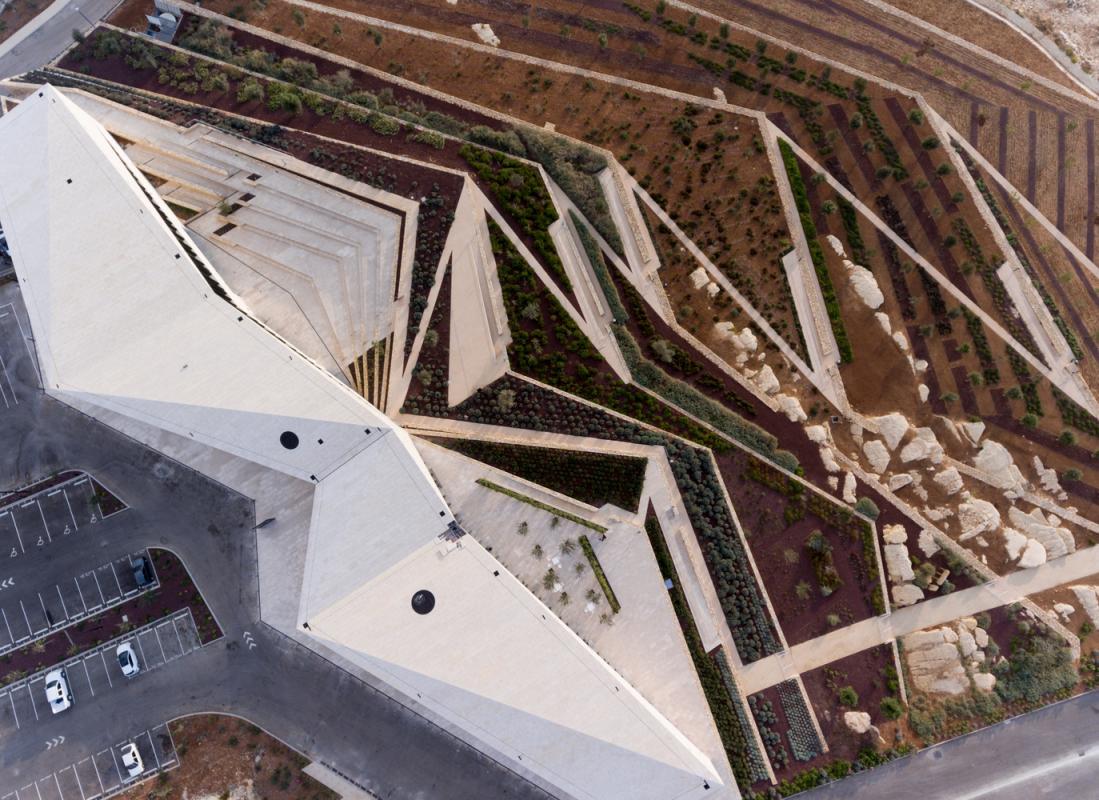 The Palestinian Museum is a relatively small building which contains administration, archive, exhibition and performance spaces for an institution whose vision is to communicate the rich culture of the Palestinian people. The architects Heneghan Peng won an invited design competition for the building. T/E/S/S was appointed as a consultant for technical studies of the building envelope; comprising stone cladding, glazed facades and solar control.  The hilltop site in Birzeit, 30km of Jerusalem, slopes from east to west; commanding sweeping views across the Palestinian landscape. The site is formed and re-organised by a series of cascading terraced gardens, created by making stone retaining walls which trace the agricultural terraces of the area. The building itself is derived from these new site lines and emerges from this landscape as  a monolithic form; clad entirely in stone. This stone is quarried locally in Bethlehem, and wraps up and over the building; covering all walls and sloping roofs. The large stone sheets are pinned to a series of cladding rails, a system which is appropriate for the seismic loading of the region. All stone joints are left open. The envelope lifts up off the ground to the west, providing a strong connection from the building back to the landscape below, through large triangular areas of glazing. This facade is stabilized against wind loads by vertical steel blades situated to the exterior of the glass plane. These blades act as solar shading and sit on the ground. The in-plane stability of the triangular glass is assured by a continuous sloping top member of the facades which transfers in-plane loads down to the ground. This structural functioning allows for the concrete structure above the façade to move vertically and horizontally independently of the façade in the case of seismic loading. On the roof, the cladding railing spans on to steel purlins which are supported off concrete upstand beams. The choice of upstand beams not only allow the steel purlins and their anchorages to be held up above the water levels but they also allow the impressive smooth concrete soffit to the museums interiors to be entirely free of down-stand beams. The apparent simplicity of the building relies on a sophisticated building envelope; resolving the aspiration of geometrical purity with a specific seismic context, a changing Mediterranean climate and certain limits of local construction technology. The project has been awarded the Aga KHAN Architecture Award 2019 by the Aga Khan Foundation. This award is given every 3 years to innovative projects to identify and encourage projects that develop new standards of excellence in Architecture, urban planning or landscaping and preservation of historical sites.