Simon AUBRY has been part of the T/E/S/S team since its creation in 2007; he is a structural engineer, project leader, and materials specialist.

He qualified as a civil engineer from the Ecole des Mines de Paris in 2001 (Science and Materials Engineering). In 2004 he obtained a Masters in European Civil Engineering from the Ecole Nationale des Ponts et Chaussées.

Simon AUBRY joined T/E/S/S after an initial period as an engineer at RFR. His expertise in materials includes, notably, the transformation and shaping of glass, aluminium, stainless steel, fibre-reinforced concrete, and the development of new, innovative materials through calculation and testing. He also has a thorough understanding of complex geometry in structural and building envelope systems, alongside the practical use of materials and waterproofing systems, plus a clear understanding of the procedures involved in testing and approving innovative solutions.

Simon AUBRY has worked on projects such as the shelter for archaeological digs at Bibracte, a footbridge in London’s 2012 Olympic Park, the Euronews headquarters in Lyon, and the Fondation Louis Vuitton, opened in Paris in October 2014. He also managed the engineering of several works of art produced specially as permanent installations in the Fondation Louis Vuitton, notably Olafur Eliasson’s ‘Inside the Horizon’.

Simon AUBRY is currently working on the the Parc des Ateliers, Arles. 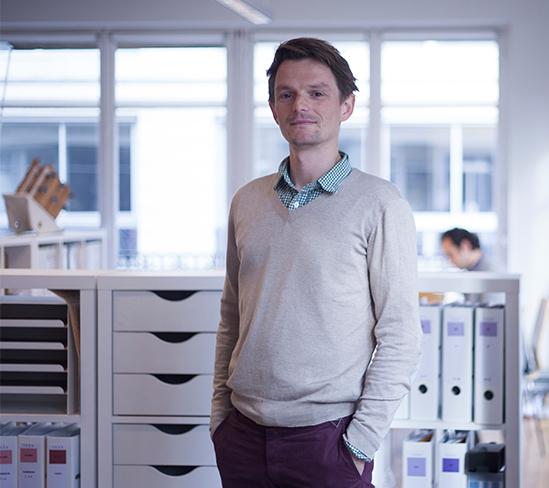