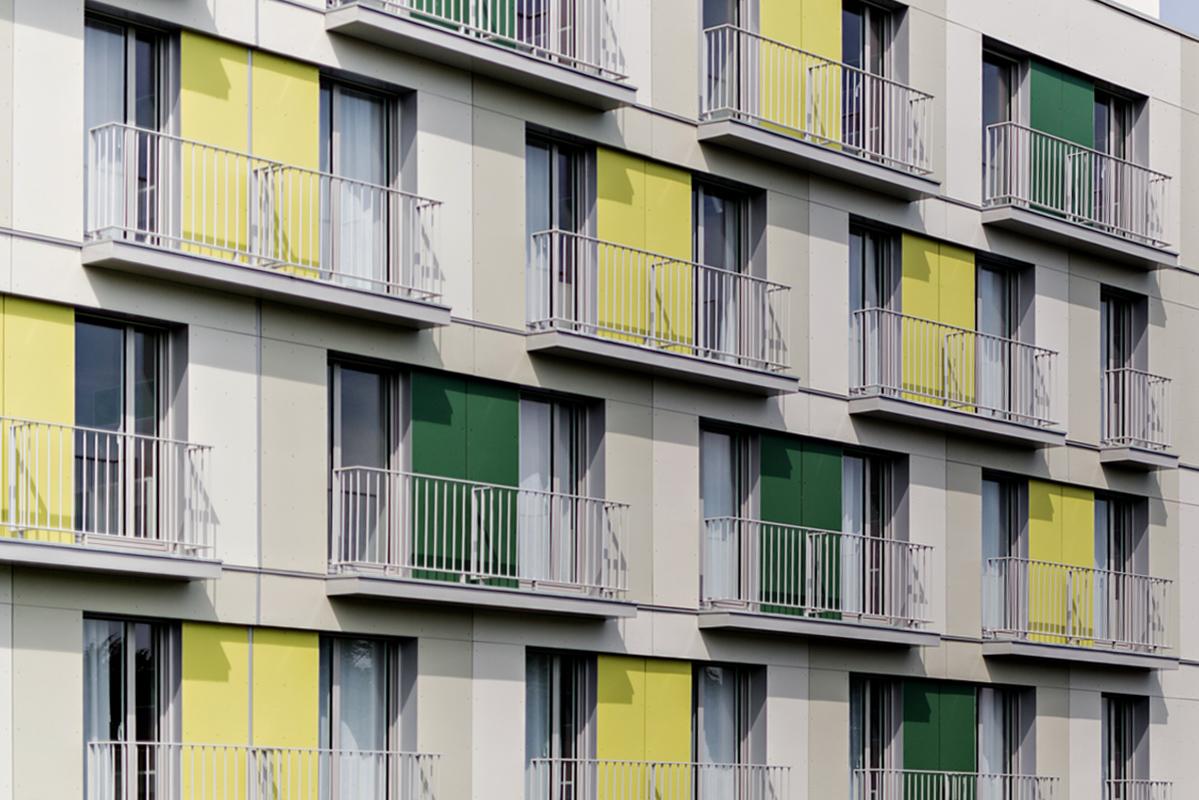 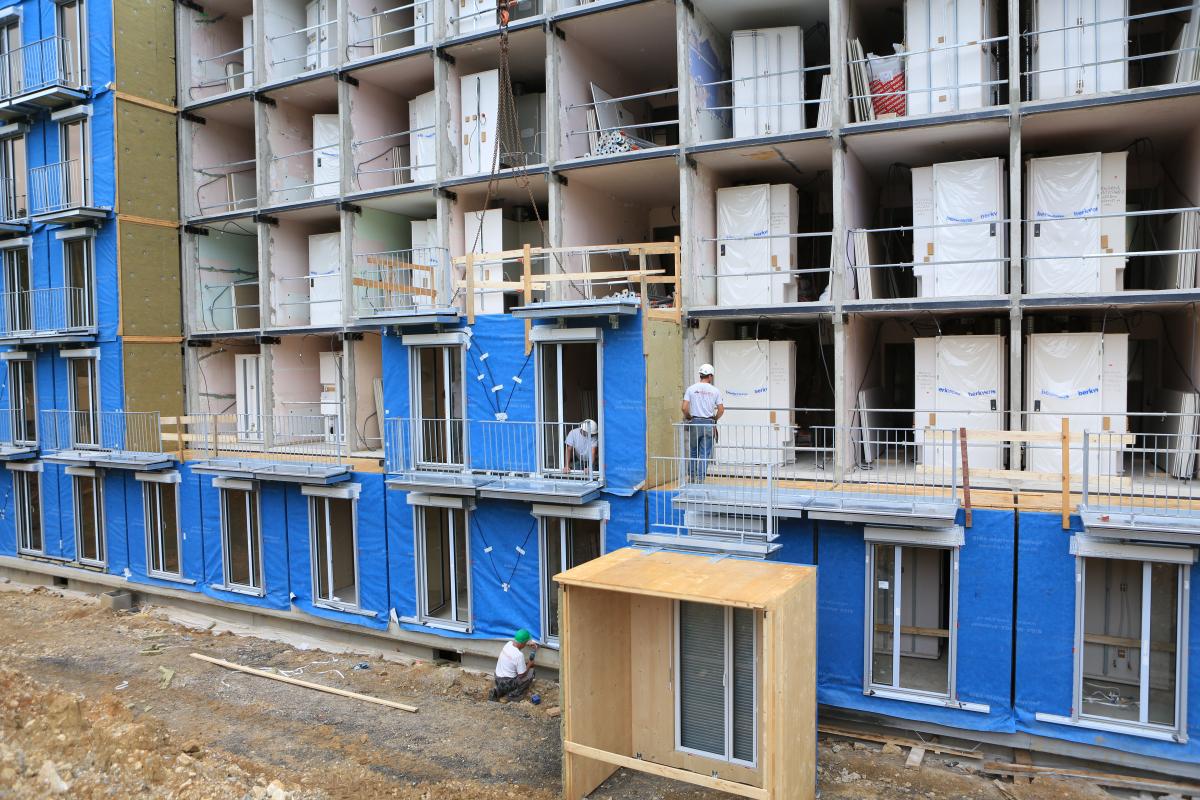 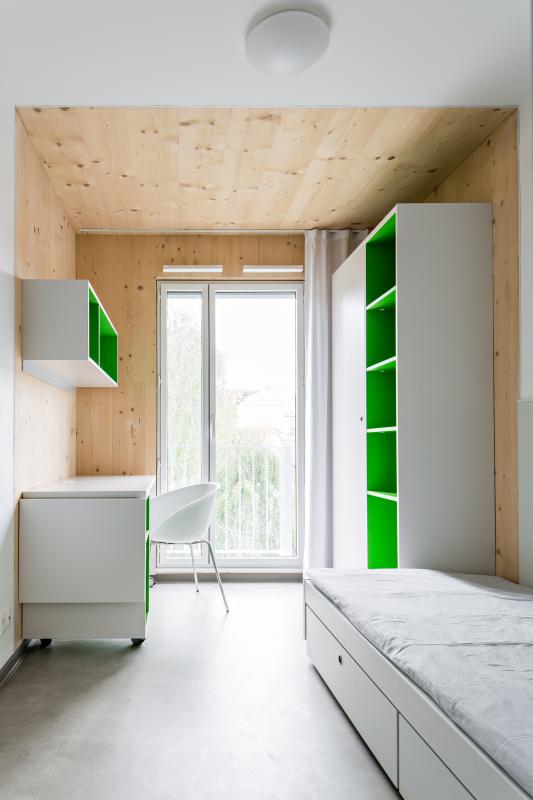 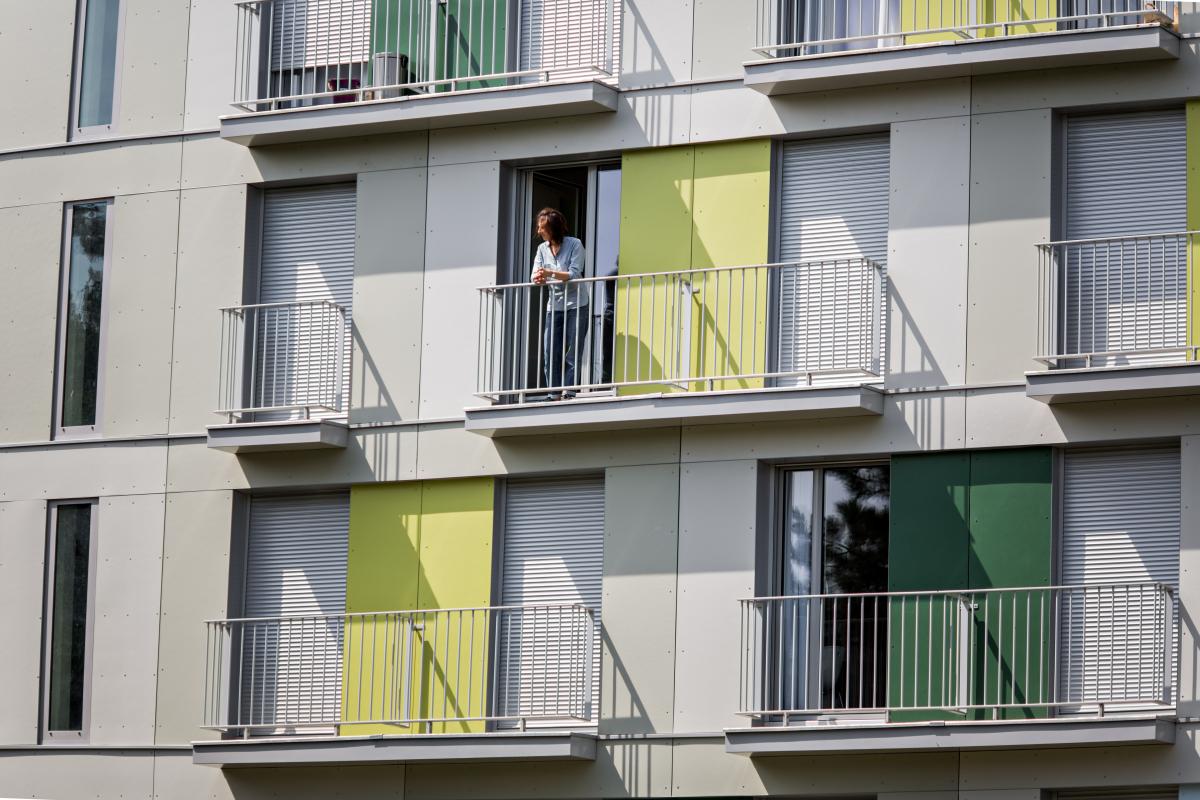 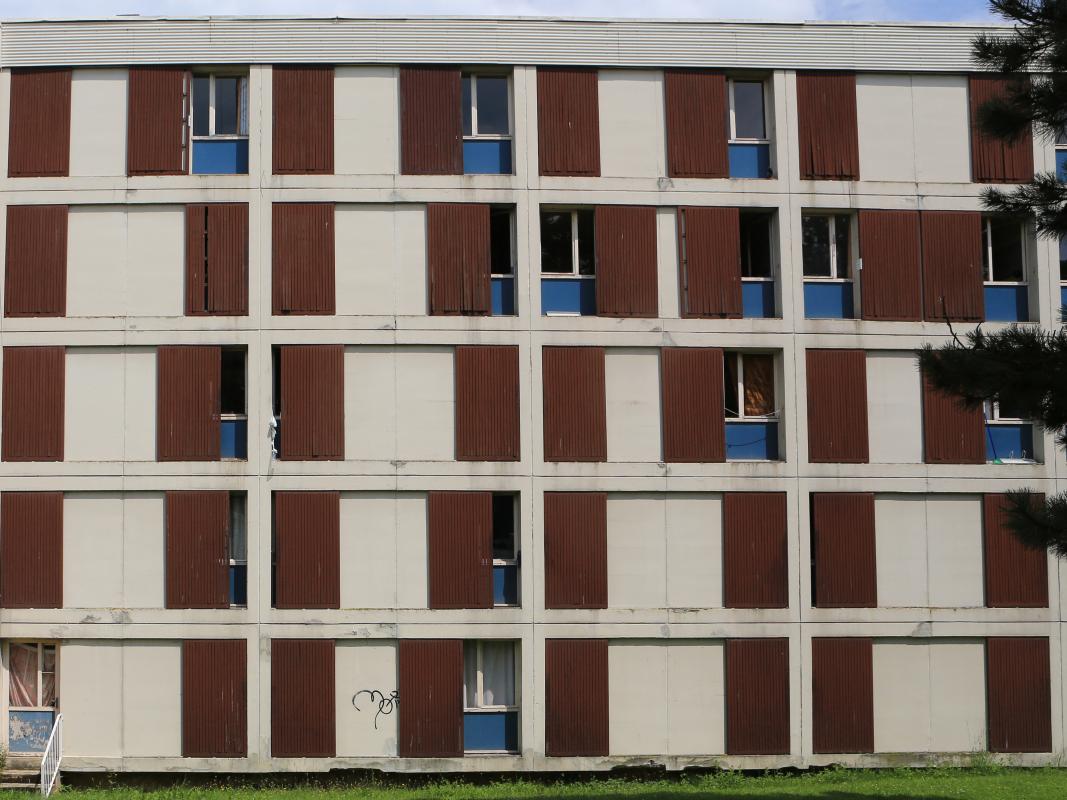 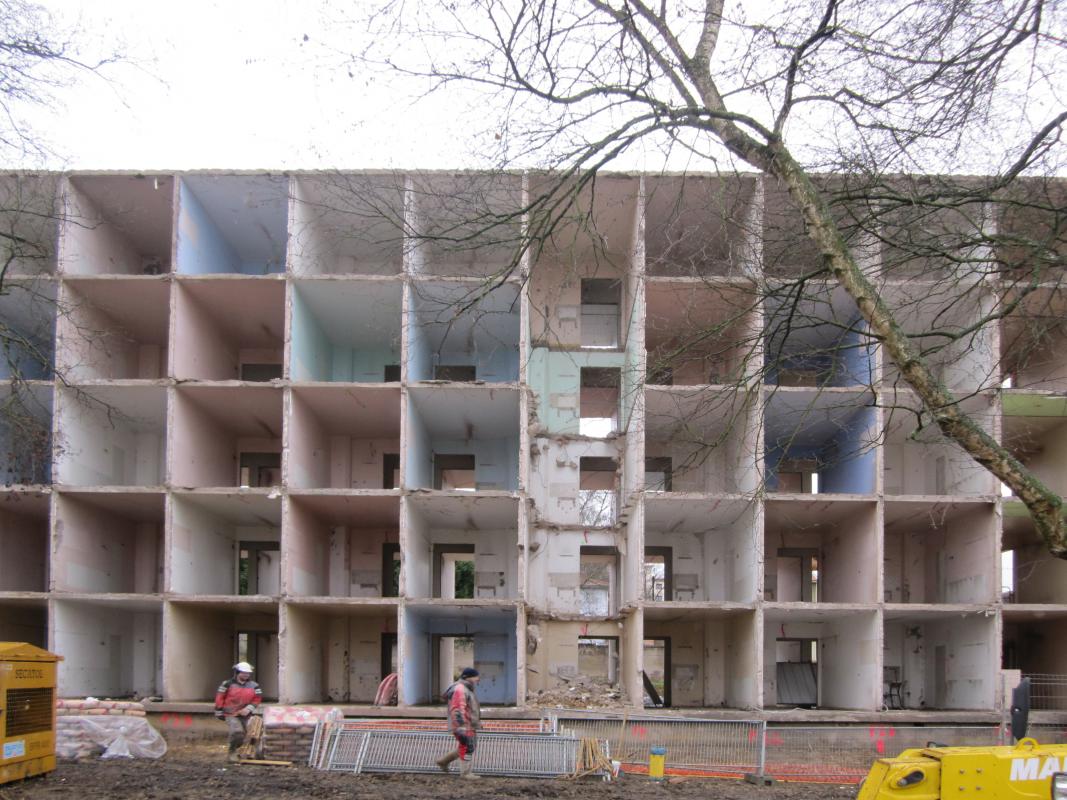 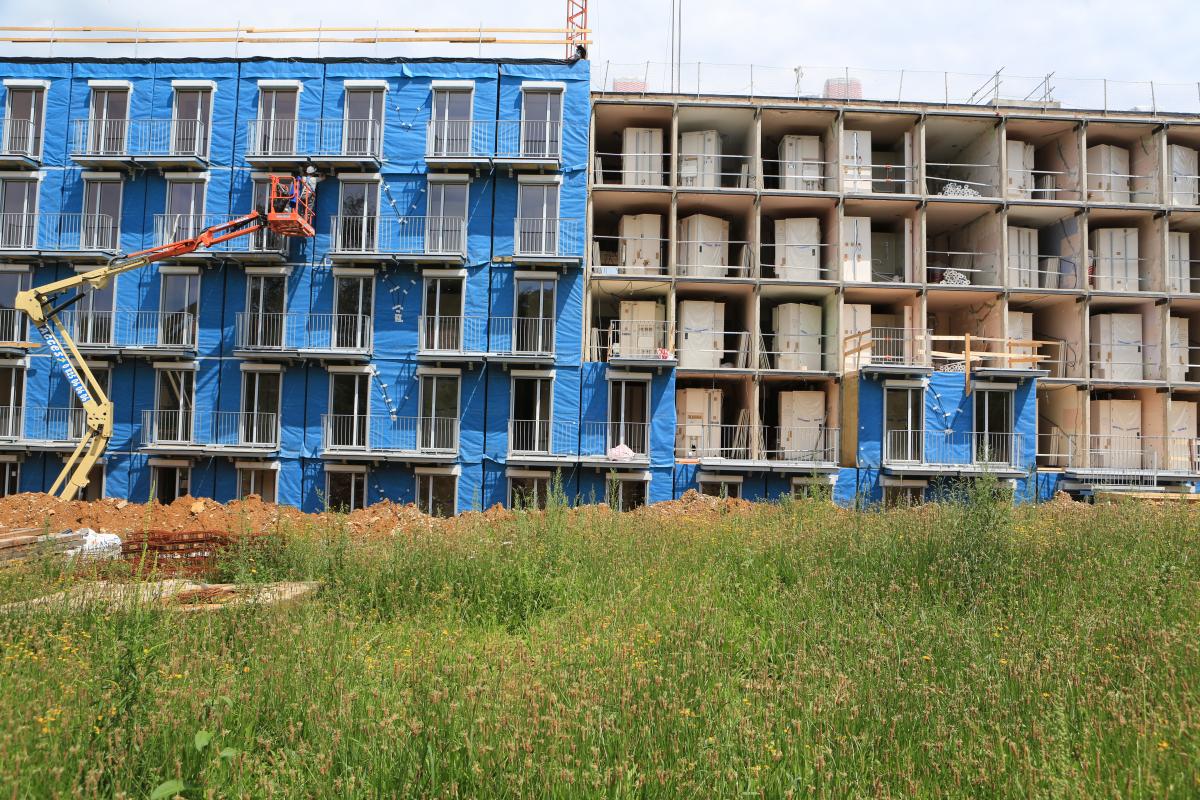 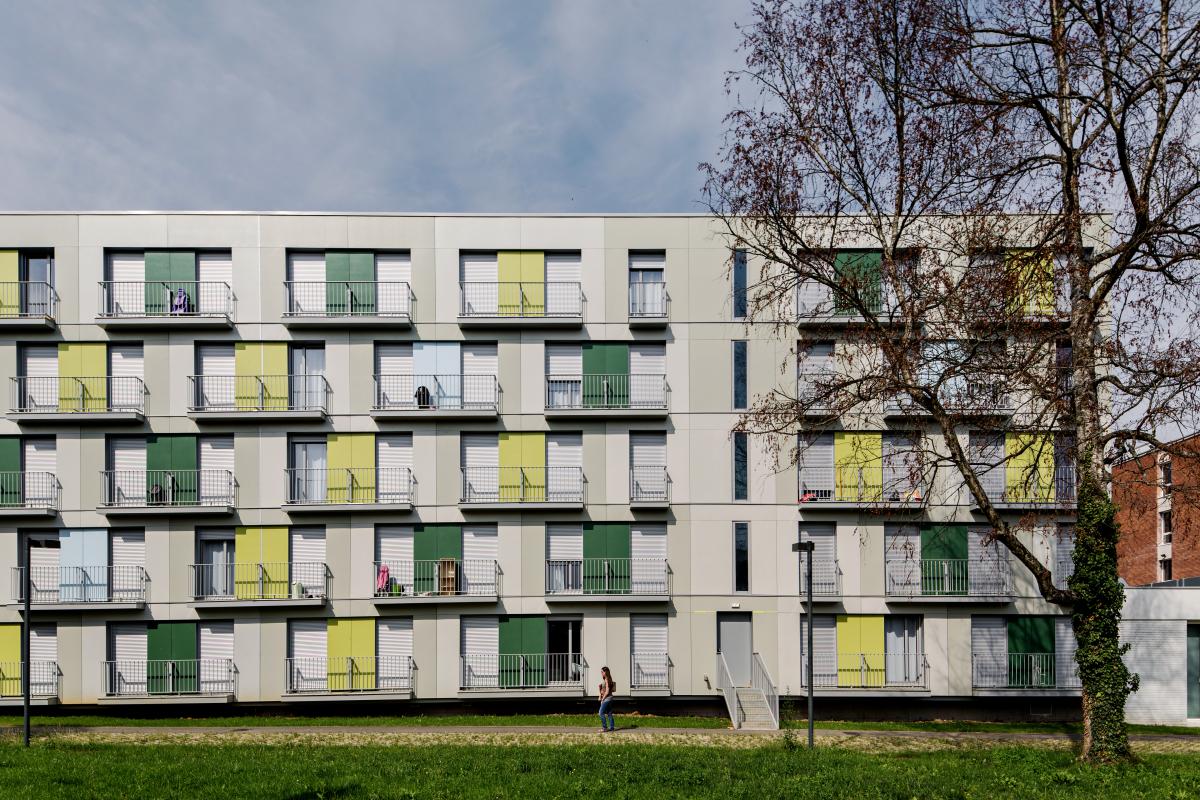 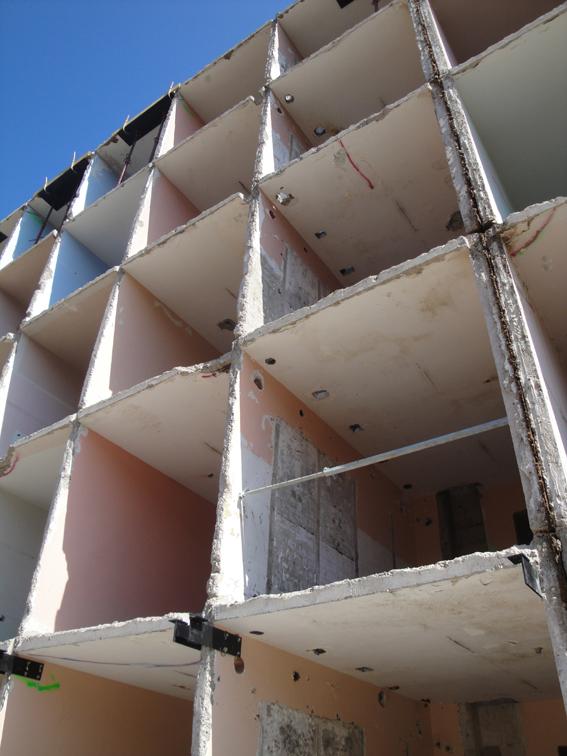 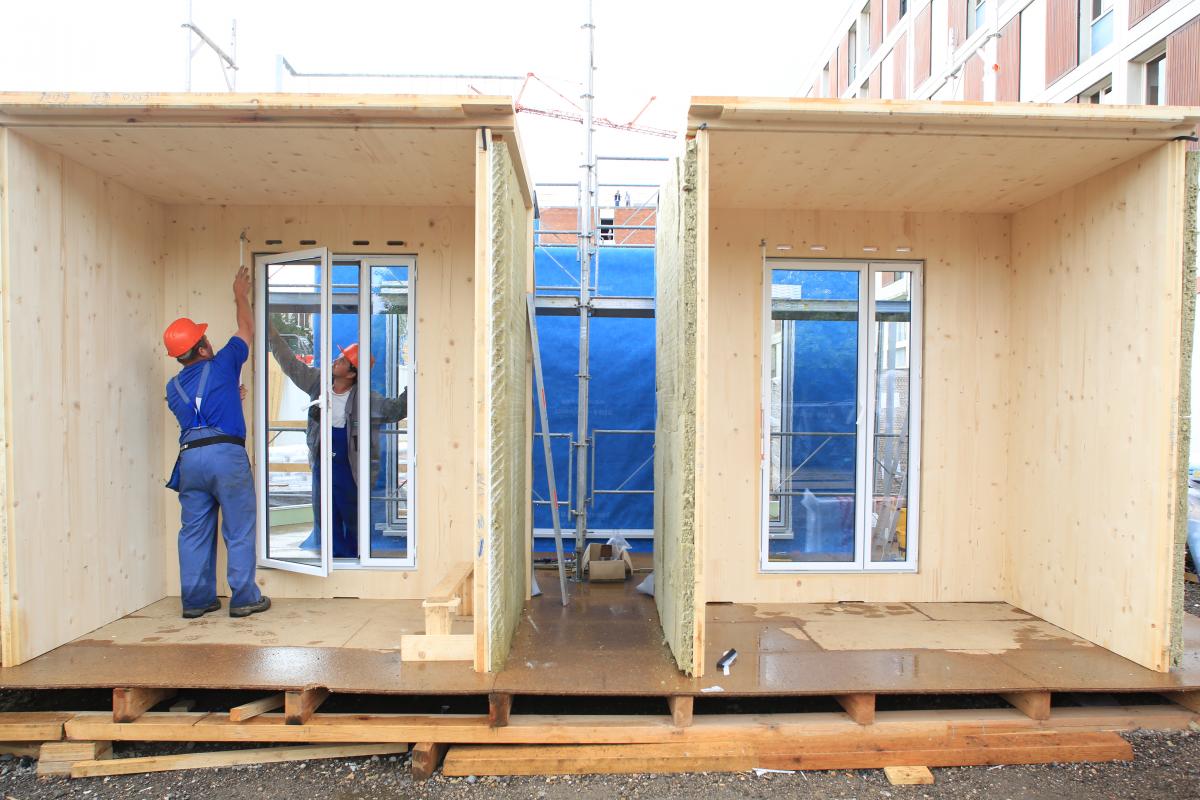 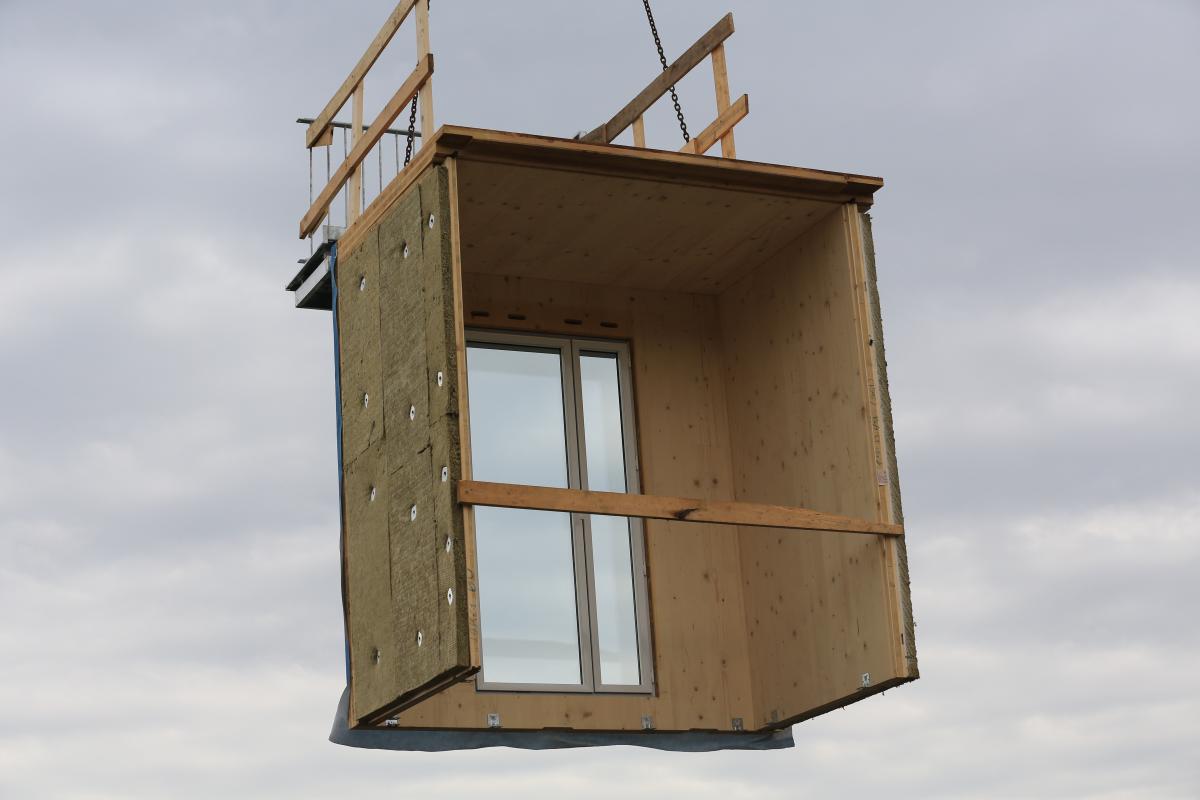 Redevelopment and expansion of the student halls

In 2008, the CROUS (Centre Régional des Oeuvres Universitaires et Scolaires), the regional body responsible for the construction of university and school buildings, began the renovation of four buildings originally constructed in 1966, that provided a total of 750 rooms of student accommodation in the Boudonville area of Nancy, France. The brief required that the rooms be enlarged to include in each one a small kitchen and a shower. In addition, it stipulated greatly improved accessibility for people with reduced mobility, as well as improved levels of comfort and thermal performance for the building. The student residences needed to remain in use by rotation during the building works, imposing a minimally disruptive construction site and a project timetable based on the university calendar. The prefabricated concrete facade of the building was removed, only the concrete structure was retained.

Our project proposed attaching prefabricated boxes to each side of the building that would extend the floor surface by 1.8m and create a new exterior facade. Each room, extruded outwards in this way, obtains light via a large window that gives access to a metal balcony.

We decided to construct these boxes from panels of laminated hardwood. In addition to their low carbon footprint, these panels have the advantage of being structurally resistant and have good fire-retardant properties. The wood is left visible on the interior walls and ceiling of each module. The timber panels are prefabricated in a factory where a high degree of accuracy can be obtained, then assembled and fitted out on site. The modules are then installed, stacked up on each side of the building’s concrete frame. This working method enabled a very rapid installation of six modules per day. Stacking the modules on top of one another over a height of five stories avoids loading the existing structure.

Each box is acoustically isolated from its neighbours by a lateral air gap and an acoustic dry screed floor. Mineral wool applied to the exterior is used to provide thermal insulation to the facade, which is then covered with composite cement panels applied on site. The galvanised steel balconies affixed to the timber panels also have a role in restricting the spread of fire.

One of the project’s challenges was to build prefabricated modules constructed to the nearest millimetre, onto the rather imprecise 1966 concrete structure. The modules were used as a geometric reference for the rebuilding of the edges of the concrete floors and walls.

This project was one of the earliest examples in France of a high-rise timber residence.