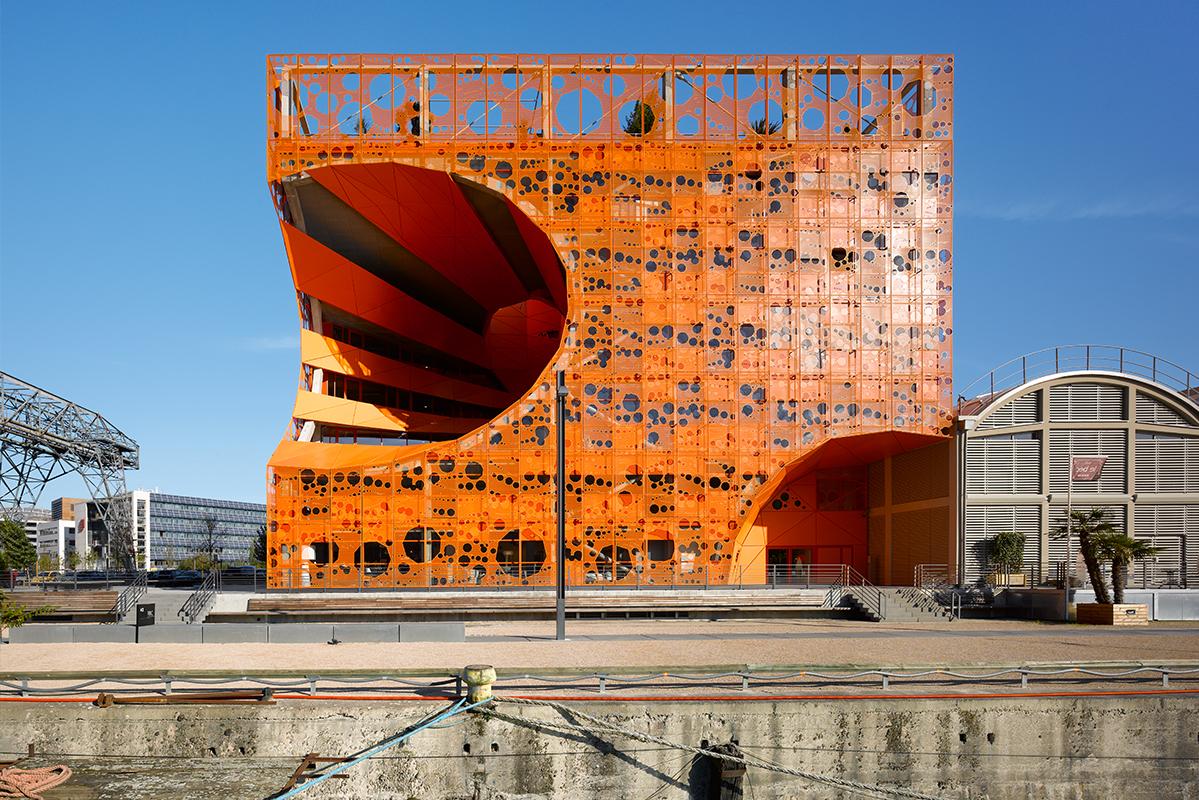 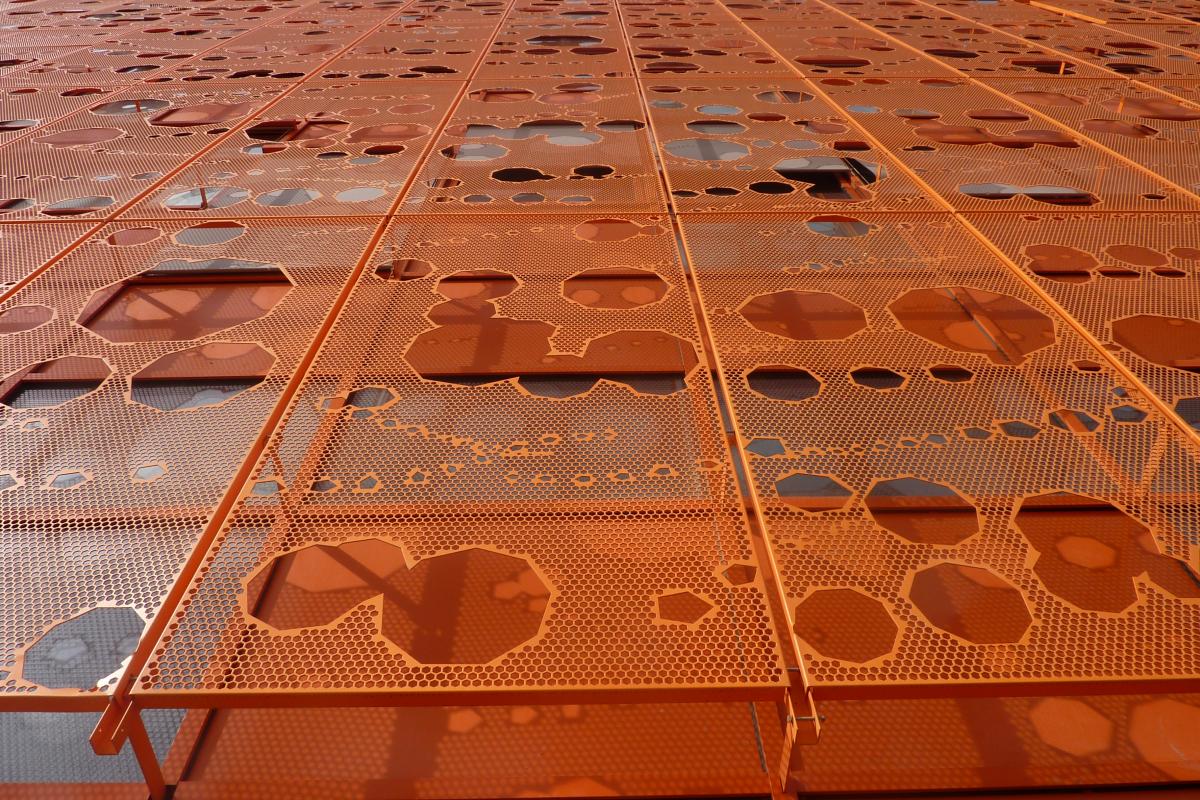 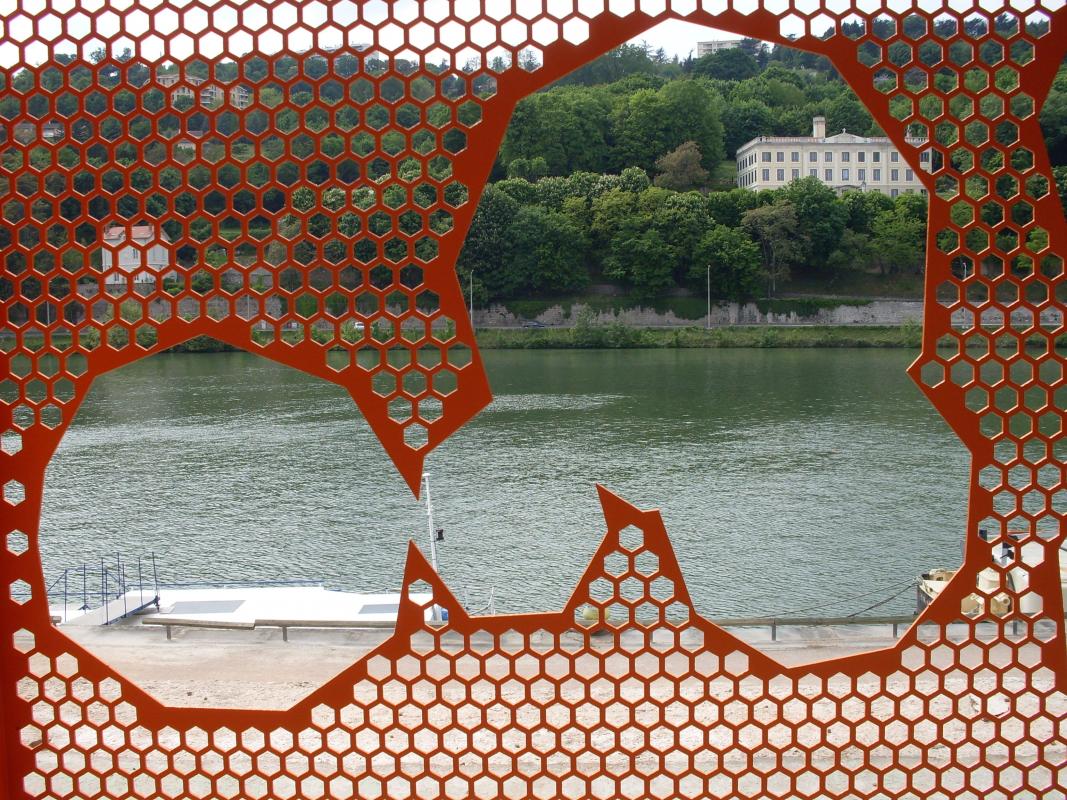 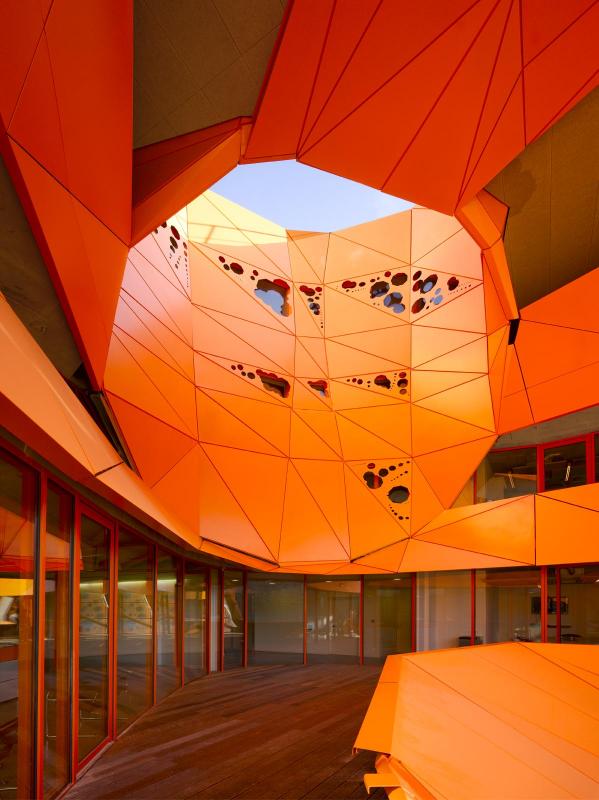 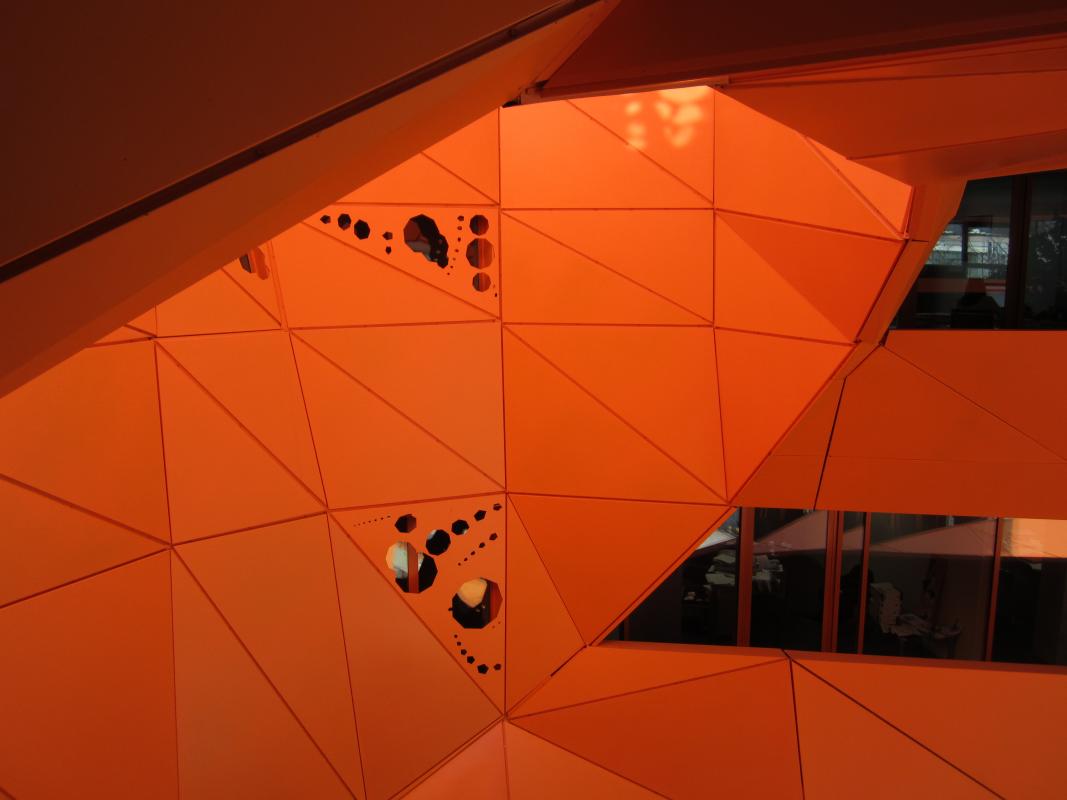 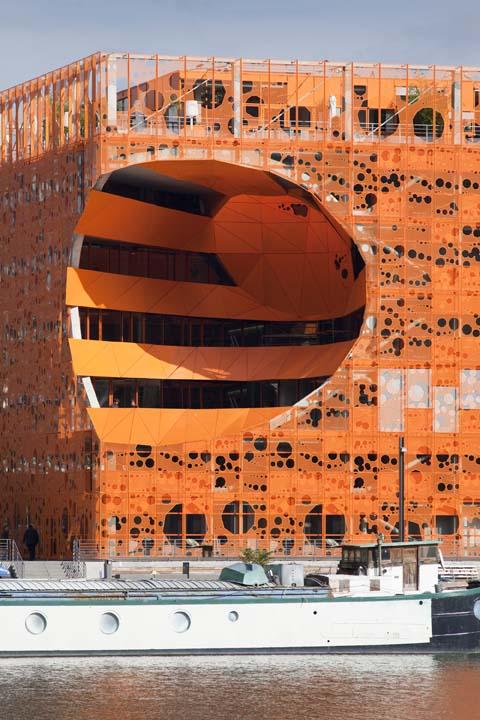 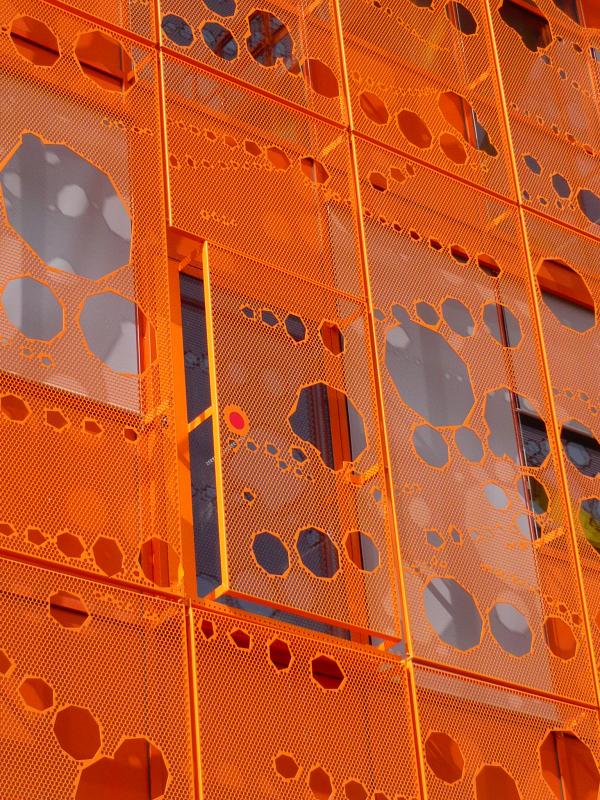 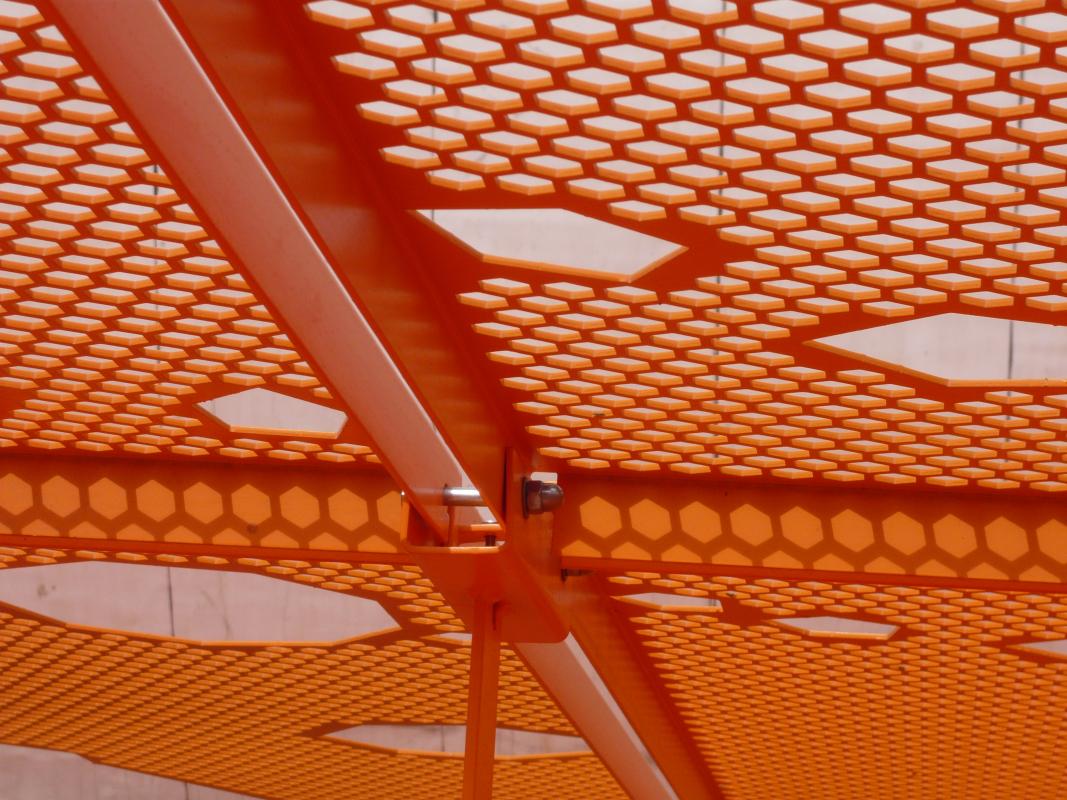 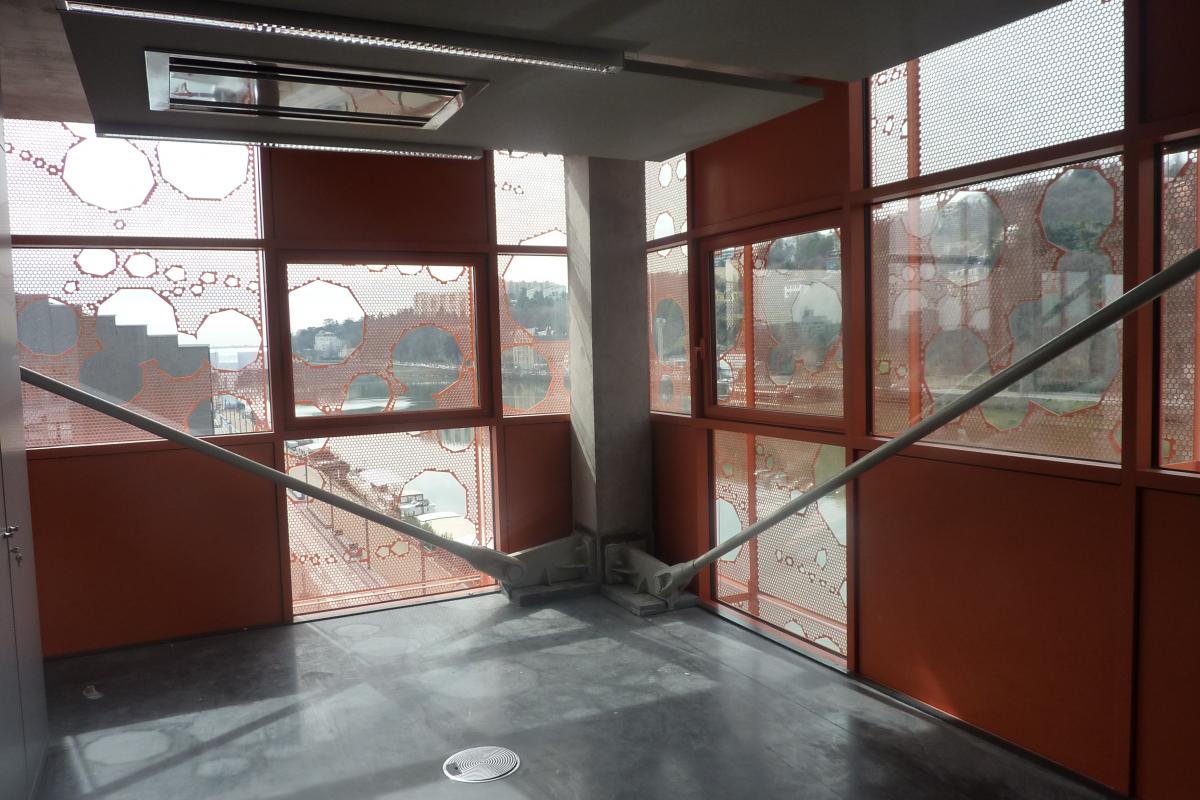 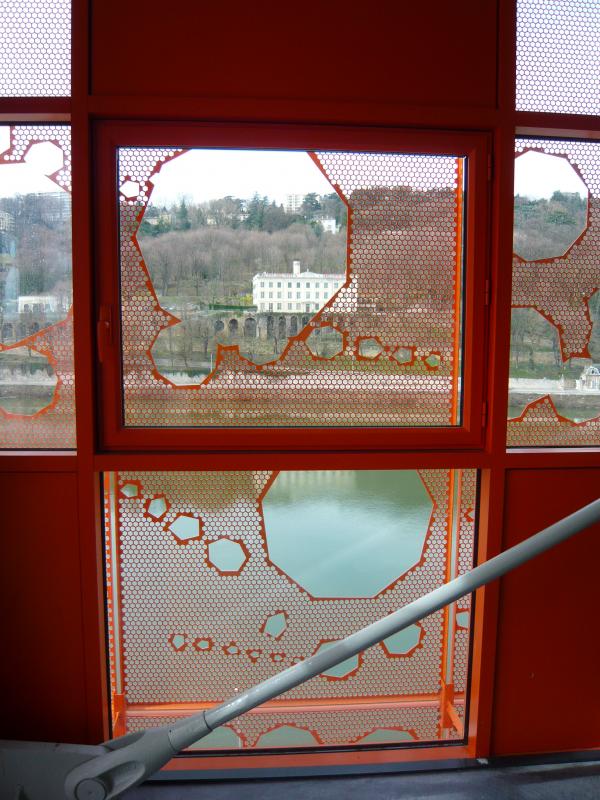 The "Cube orange", headquarters for the real estate developer Cardinal

The master plan for the redevelopment of Lyon Confluence proposed a series of free-standing, iconic buildings between existing isolated warehouses, silos and cranes along the banks of the Saone. With Jakob+Macfarlane as the architects, our team won the architectural competition with a proposal for two parallelepiped buildings, one orange, the other green, both perforated by conical voids that bring light and ventilation to the heart of the building. The first to be built was the Salins, a perfect, bright orange, cube housing luxury offices and commercial units.

The external facades are formed by a screen over a curtain wall, both painted in the same orange. The screen is made of panels widely perforated by a grid of regular hexagonal holes. Throughout these a random pattern of larger perforations is made, ‘bubbles’ of varying sizes. Behind, the distribution of glazed and opaque infill panels in the curtain wall is also varied apparently randomly, but was carefully calculated according to orientation and consequent levels of sun. Combined with the uniformity of colour, this double layer of variation creates surprising optical effects, giving depths to the facade.

The curtain wall contains a series of opening lights for comfort ventilation. These openings also provide maintenance access for the glazing. The aluminium panels forming the screen are digitally laser cut and powder coated. This facade system, simple and economic, is highly efficient in terms of solar protection, while also providing a powerful architectural image.

The conical voids rise through the building in bands of solid and void. The voids create balconies at each level, for light and ventilation in the heart of the building. Between the voids, the double-curve facade is clad in aluminium panels – opaque triangular pieces of varied dimensions. These opaque sections form the balustrade for the balconies.