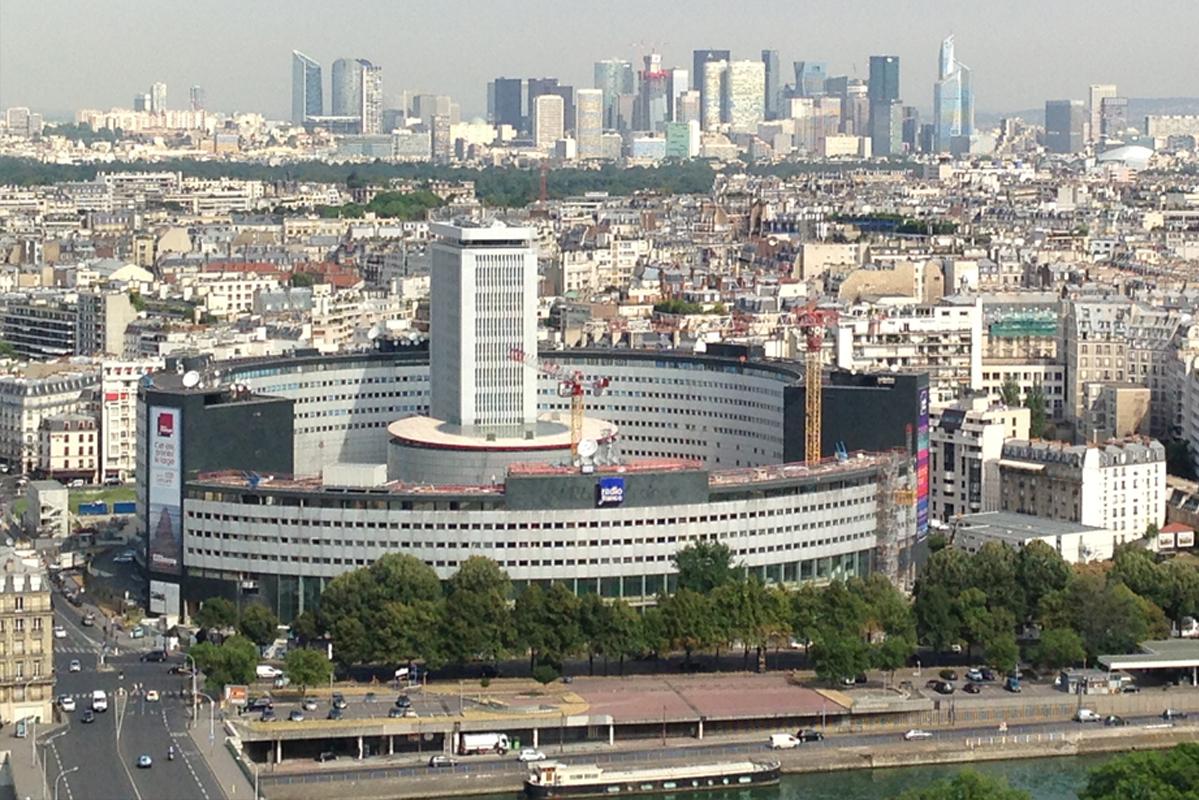 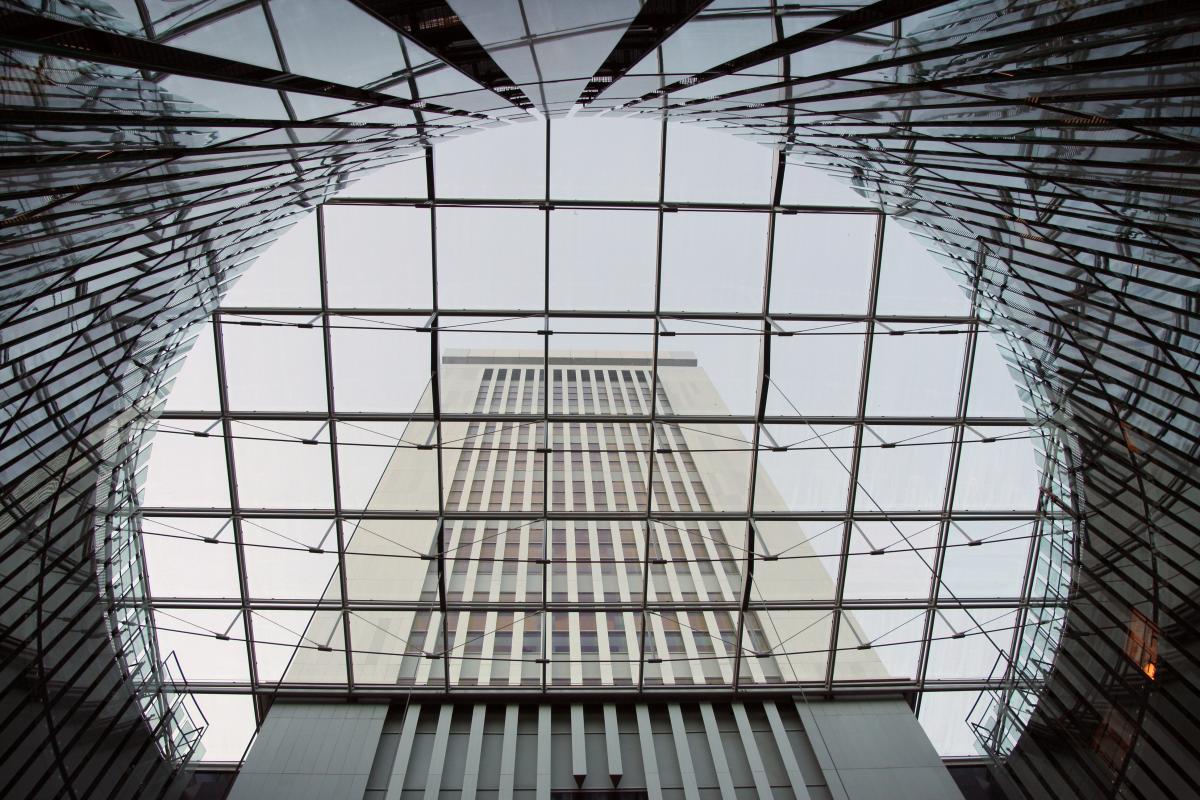 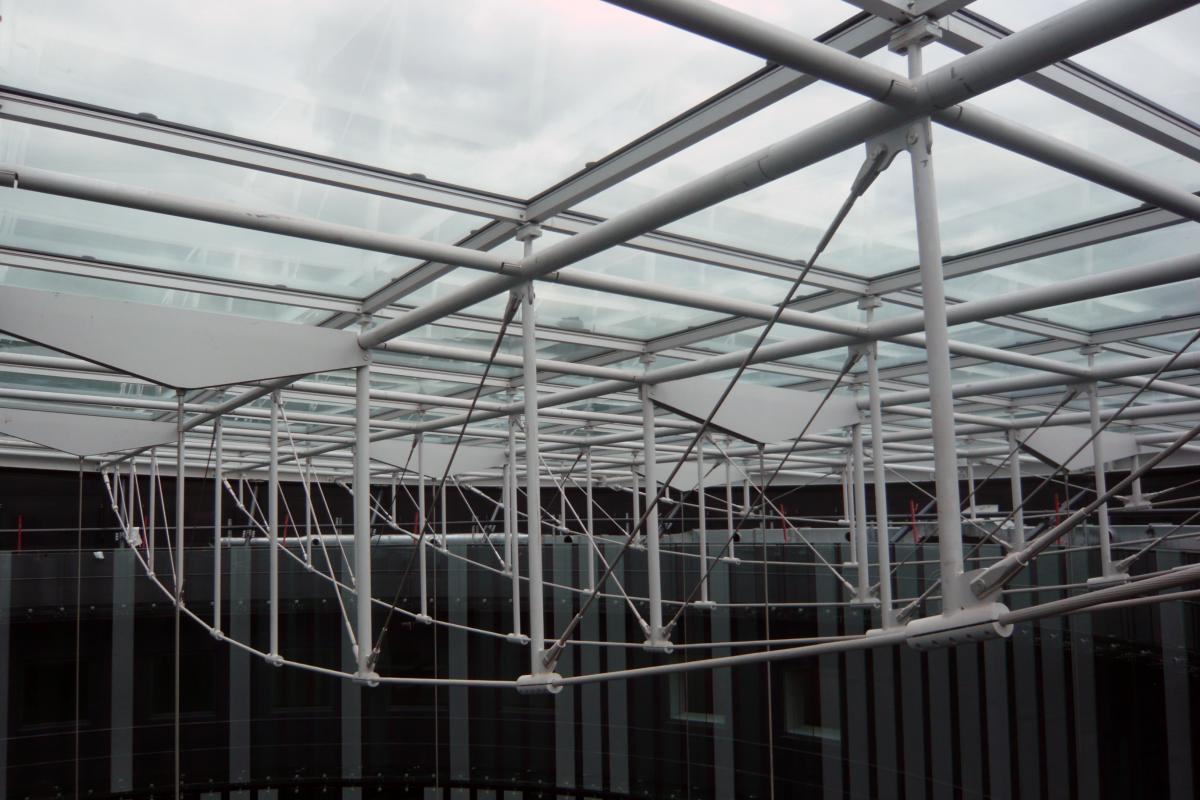 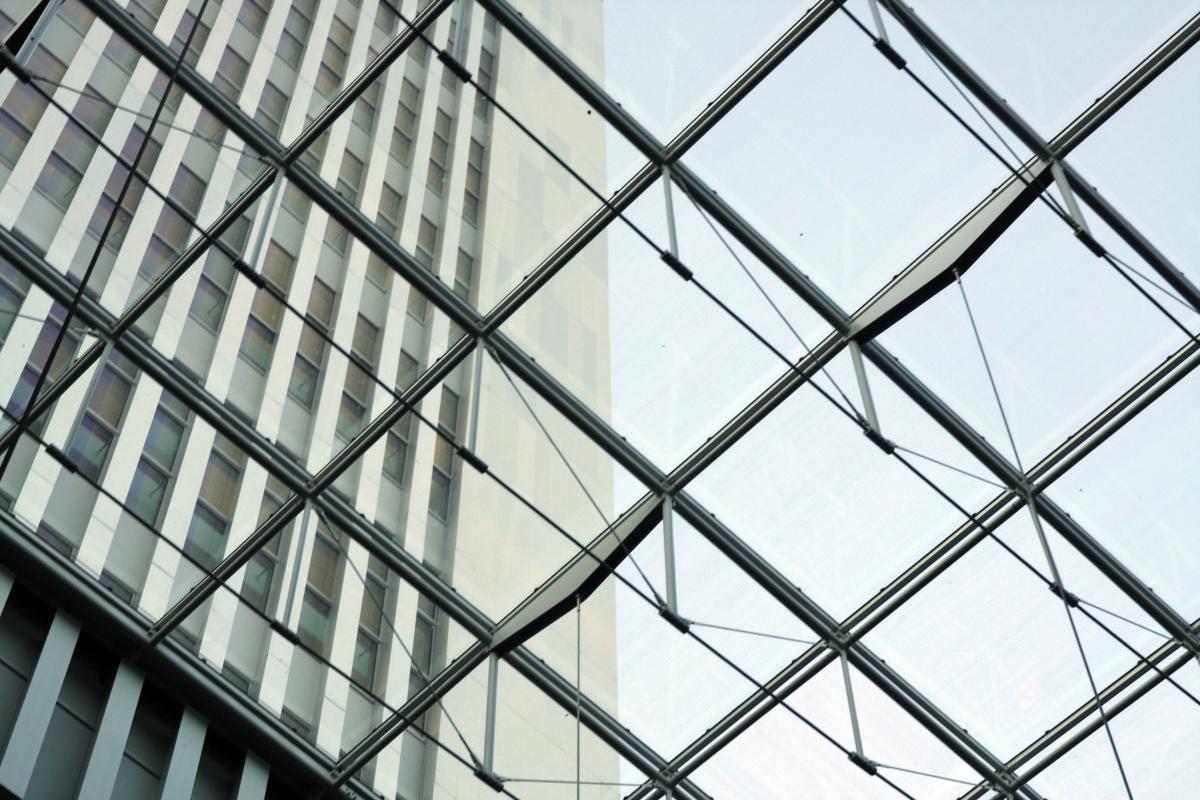 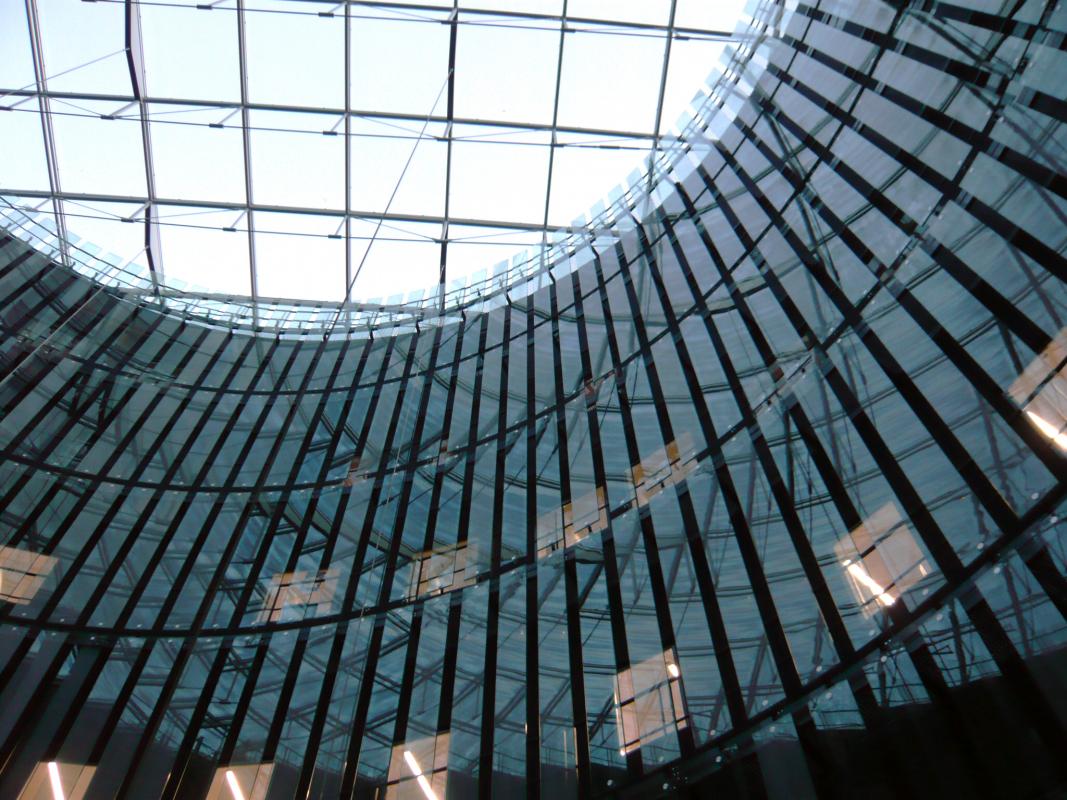 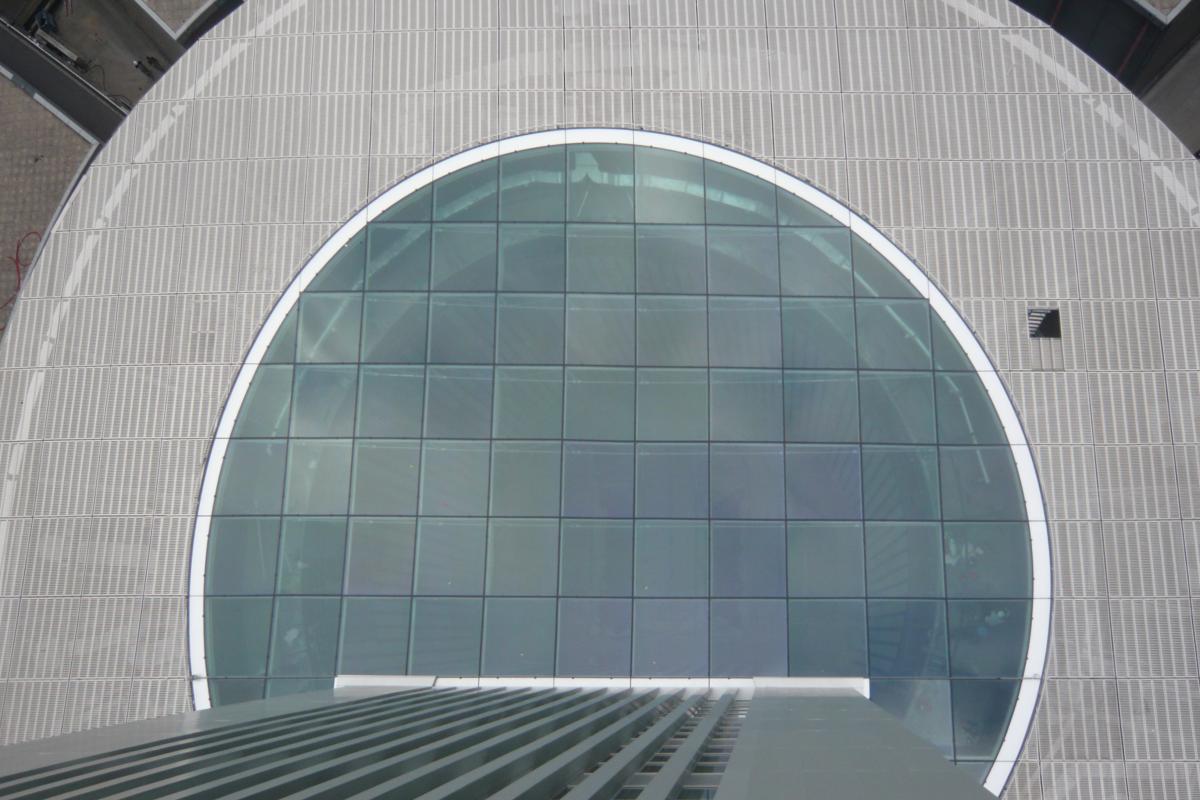 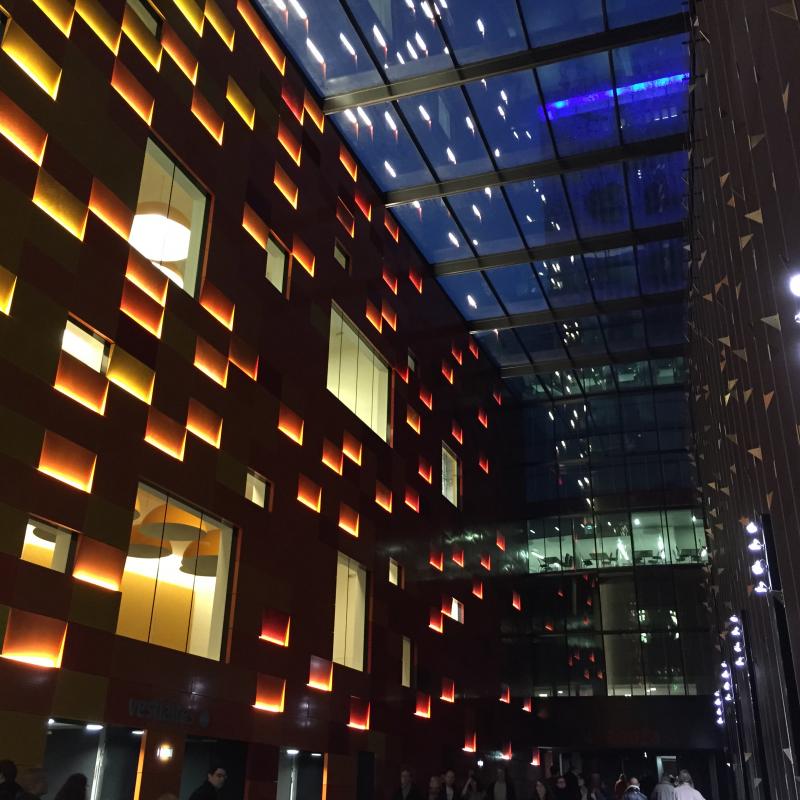 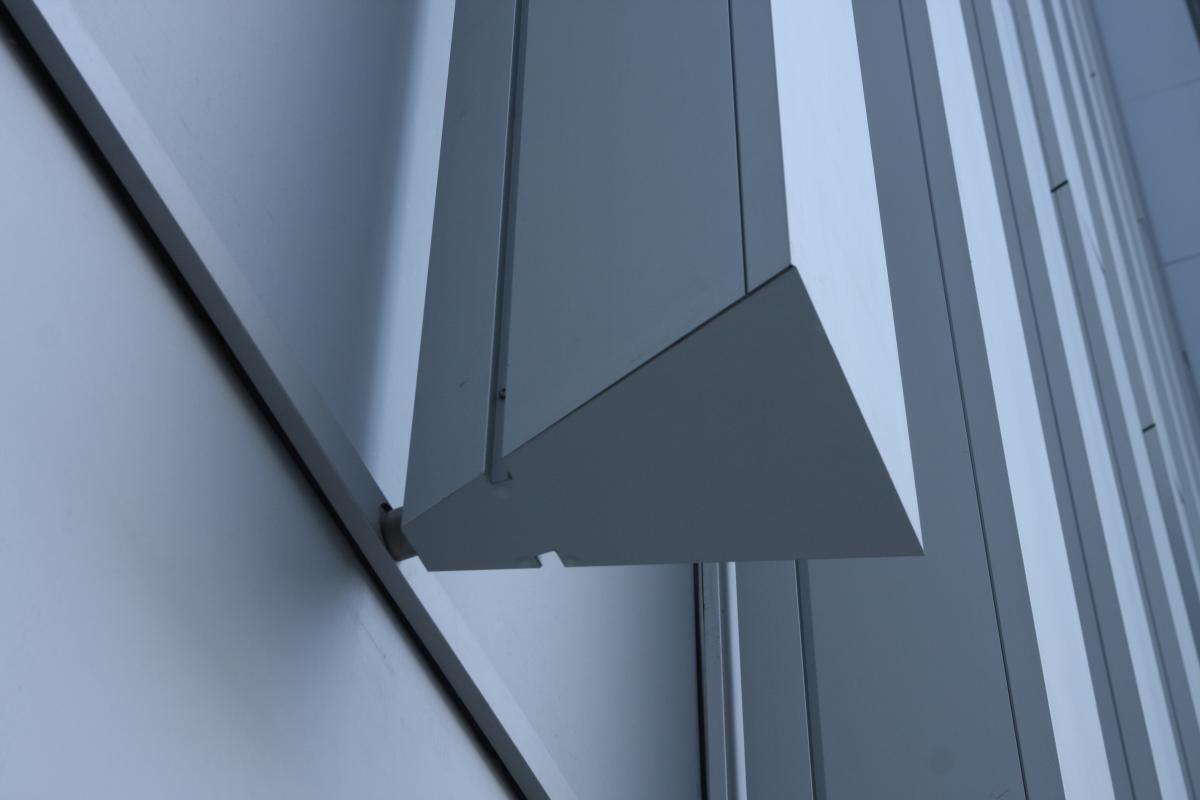 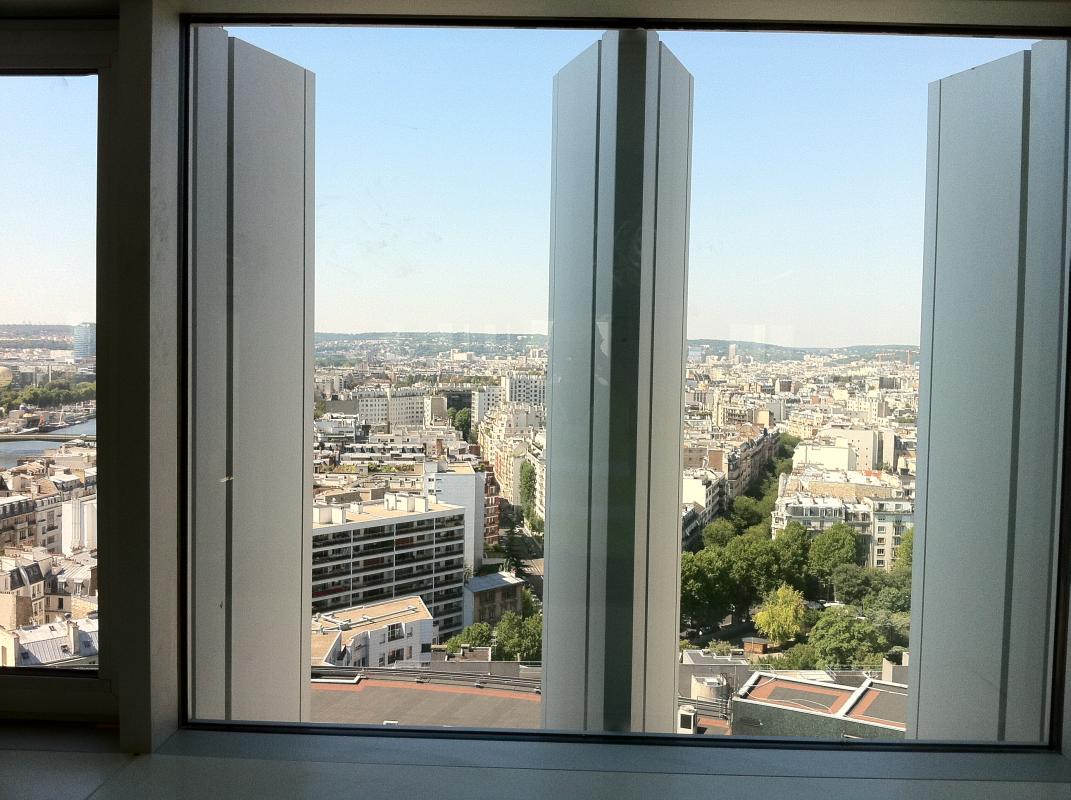 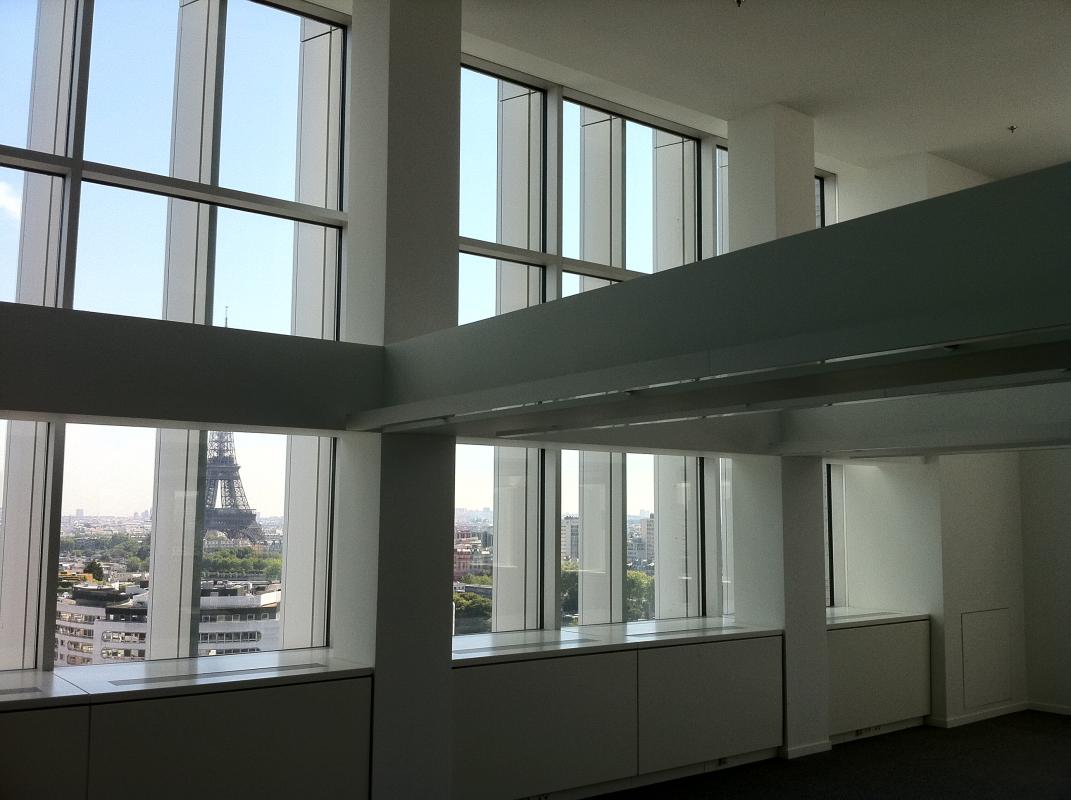 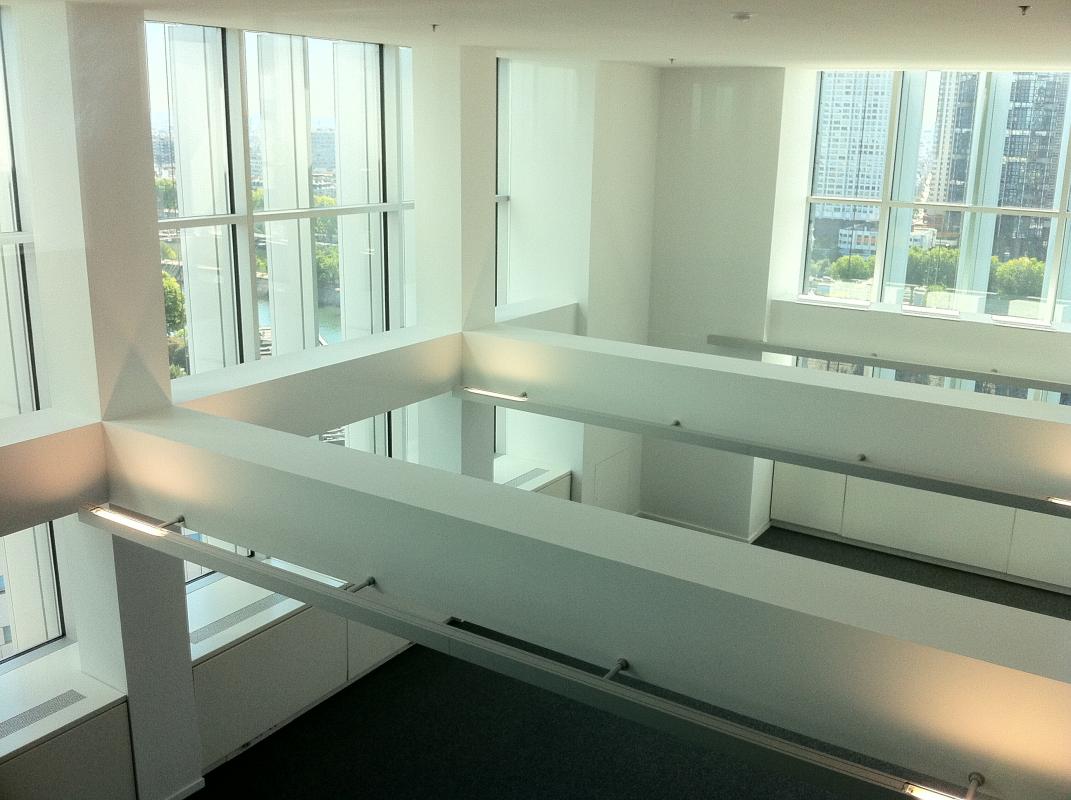 On the banks of the Seine in Paris’s 16th arrondissement, the Maison de la Radio is undergoing a major renovation project, begun in 2008 and due to complete in 2018. Henri Bernard’s building, dated 1960, is well known for its concentric organisation, with an outer ring, a small inner ring, and a 60m-high central tower housing the INA (national audio-visual institution) archives.

This refurbishment, imperative for fire safety reasons, has also enabled a major modification of the way the building works, adapting it to today’s radio production processes. To the previously exclusively concentric circulation have been added radial routes to enable one to cross through the building: four footbridges link the outer and inner rings to level 5, and an interior street (the ‘Nave’) directly links the entrance lobby with a new space created in the heart of the building, known as the Agora. A new public auditorium has been built. Finally, the central tower has been substantially changed to house offices.

Originally conceived as a storage space, the tower is characterised by the tightly compacted vertical striations of its facade, made of aluminium extrusions. Its new usage required the extensive glazing of this facade, while preserving its original image. The aluminium extrusions were replaced by extruded steel sections of the same proportions, but triangular, in front of a highly transparent curtain wall facade. These sections let in much more light, while ensuring efficient protection from solar gain.

A circular glazed roof covers the Agora, 15m in diameter, gently inclined. Its structure, composed of struts and tensile cables, was designed for maximum transparency and slimness of sections.

It was also desired that the four footbridges (each spanning 38m), essential new links within the renovation project, be highly transparent. Protected by a glazed skin, their structure is concentrated below the deck, thus keeping views clear for users.